The countdown is on to tonight's Super Rugby final in Christchurch, and fans of the Jaguares are gathering in Victoria Square to express their support for the underdogs. 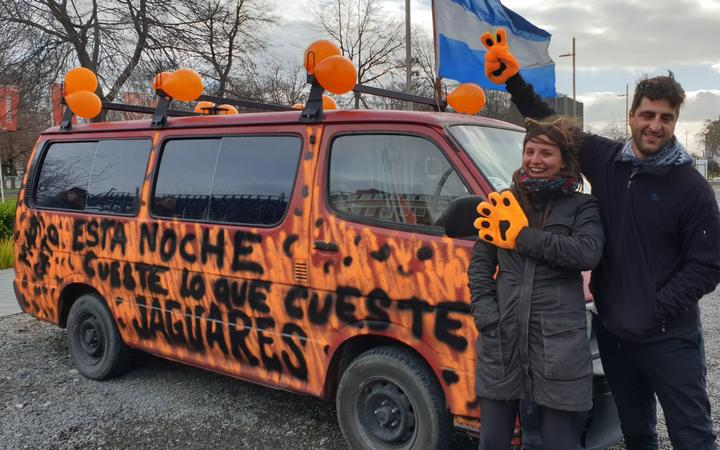 Jaguares fans get in the pre-match spirit ahead of tonight's Super Rugby final against the Crusaders. Photo: RNZ / Joe Porter

RNZ's rugby reporter Joe Porter says hundreds of fans of the Argentinian side are expected to get together this afternoon, contributing to the atmosphere in the city.

He says the fans he has spoken to are confident of causing an upset although they realise it would be a massive boilover against the Crusaders who haven't lost at home for 30 matches and have won the Super title for the last two years.

A sellout crowd of almost 18,000 fans is expected at Christchurch Stadium in Addington tonight with the Jaguares supporters expected to add some Latin passion, flair and noise to the occasion.

Although the Crusaders will be without two of their All Blacks, Ryan Crotty and Scott Barrett, who are both injured, they remain overwhelming favourites to win the title.

However, the Jaguares' success has created excitement among New Zealand's Argentinean community, and many will be at the ground hoping their team can achieve the unexpected. 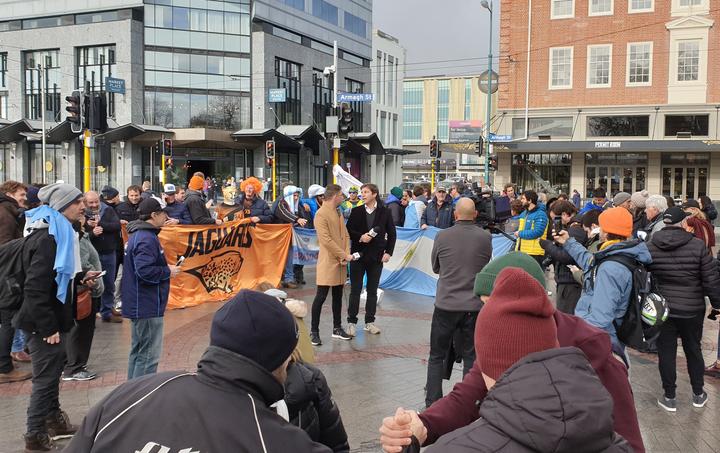