The Crusaders have stuck with the same team that beat the Hurricanes for Saturday's Super Rugby final, with the exception of injured All Blacks Scott and Ryan Crotty. 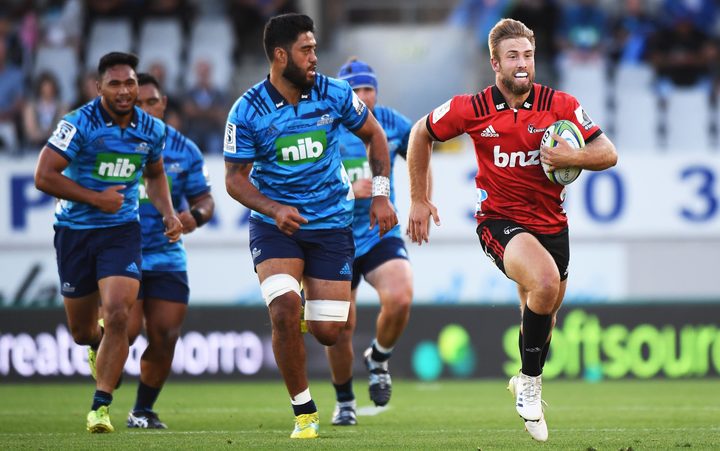 Barrett is out for six weeks with a broken finger, while Crotty is out for the final and the entire All Blacks Rugby Championship campaign.

​Mitchell Dunshea joins Captain Sam Whitelock as the starting locks, and Braydon Ennor slots in to the midfield alongside Jack Goodhue for the clash with Argentina's Jaguares, who are playing their first Super Rugby title match.

23-year-old Dunshea has been picked at lock ahead of fellow lock Quinten Strange and 2015 World Cup winning All Black Luke Romano, but coach Scott Robertson believes it's the right move.

He said Dunshea's form and ability to start got him the nod, while he likes Romano's impact and experience from the bench.

21-year old Will Jordan returns from injury to re-join the match day 23 on the bench.

Robertson said they'd been preparing most of the season for a scenario where Crotty wasn't available and he's backing Ennor to do a job.

Robertson said the team has built nicely throughout the week in preparation for Saturday's Final.

"This is going to be a massive challenge against a tough Jaguares side, and there has been plenty of great energy in our environment this week.

"This is the Jaguares first Final so they'll have plenty of motivation and will be buoyed by the support of their passionate fans. The occasion is something we've embraced in our group, it's exciting and really special to be involved in a Final and to play for our friends, family and the people of the Crusaders region on Saturday night."

Crusaders team to play the Jaguares: