A west Auckland antiques store is upsetting locals, as well as the Jewish Council and the Returned Services Association (RSA), for selling replica Nazi memorabilia. 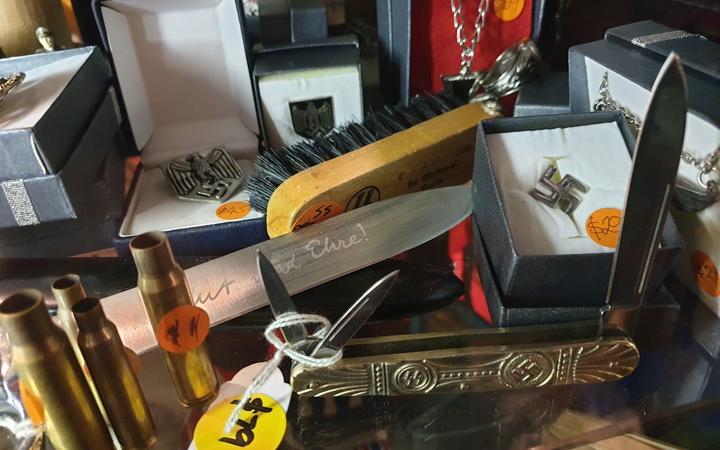 Just Plane Interesting Antiques and Collectables on Parrs Cross Rd in Oratia has a case containing swastika pendants, knives and medals carved with Nazi insignia, SS helmets and a framed photograph of a Nazi U-boat commander.

RNZ was told about the shop by a listener who'd heard a story we ran about a family who'd been targeted in a series of racist attacks in nearby Massey.

He said he was disgusted but not surprised by the story, and wanted that sort of behaviour stamped out in his neighbourhood.

For him, a particular concern with Just Plane Interesting's collection was that it's not antique Nazi regalia but new replicas, some of it - as he described it - "ready to wear". 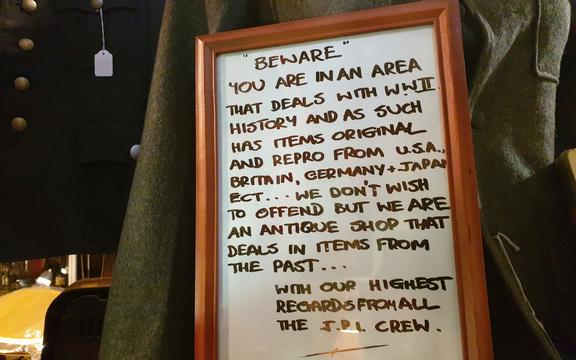 In the shop there's a sign warning that some of the items may offend, explaining that's not the shop's intention but it does deal in items from the past.

And the owner, Ray, didn't abandon this position when told that the items had upset people.

"Everybody knows how offensive this sort of stuff is, but it's a matter of choice, you know? It's not meant to hurt anyone's feelings or to offend anybody," he said.

"There's a lot of things that offend a lot of people. If you remove all of them, what have we got left? It's not a democracy anymore."

Ray, who doesn't want his last name used, said he has had a bit of a moral quandary about displaying the items, but he's adamant he won't be taking them down. 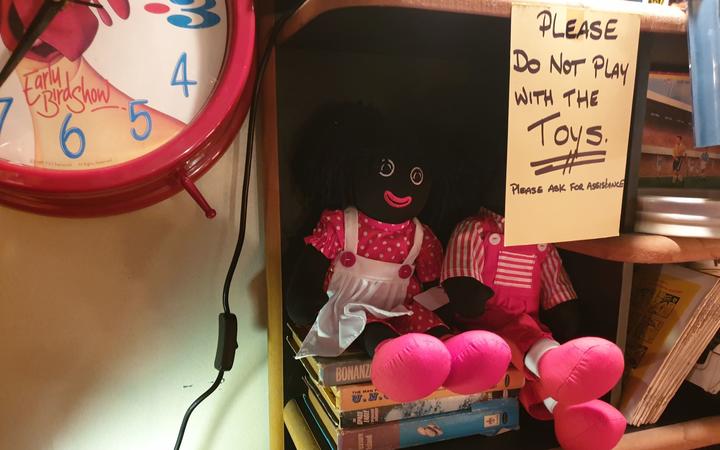 Likewise, he was not about to remove the two golliwog dolls on display.

"When I was a child, and my parents were children, that wasn't supposed to be an offensive thing, it was just something we grew up with.

"Like fur coats. I don't hunt, I don't kill animals or even go fishing, but I sell fur coats. Where do you draw the line with certain things? I don't want to hurt anybody, I don't want to upset a vegan or anybody else. It's just a shop that deals in history."

In 28 years in the business, he said he'd only ever had two complaints about the Nazi display.

Ray said he'd never had anyone he perceived to be unsavoury or a Nazi sympathiser buying anything.

"They collect militaria from World War II, World War I. They just accentuate their collections with things. I've never come across someone that I considered dangerous or unsavoury. I'm as sensitive to the issues in Christchurch as everyone else."

"While it's not illegal in New Zealand, it is very offensive that people are making money out of the suffering of others. And it is very disrespectful to the New Zealand troops who fought against the Nazi regime that people think they can profit out of the symbolism of a regime which killed six million Jews, plus a number of others from the LGBT group, through to those with disabilities, to gypsies to others. It is just offensive." 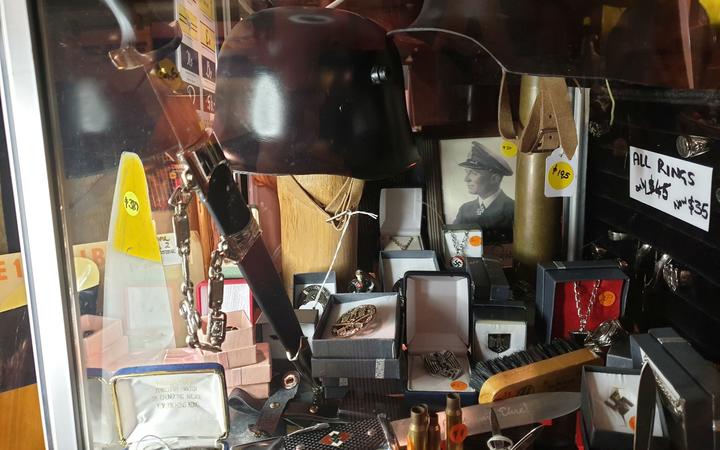 While Mr Goodman didn't like to see anyone benefit from the horrors of Nazism, he conceded there was something of an argument as to the historical value of original items.

"It does seem slightly more authentic rather than people making replicas, which are often used as symbols by white supremacy and other groups. But it's something that we are not in favour of and would appreciate them not selling."

RSA president BJ Clark said while one of the fruits of those who served in wars is freedom of speech, it doesn't mean it's okay to upset people.

"The Jewish community ... are upset about it so, therefore, it obviously is causing upset and offence, and no doubt there will be others in society that are offended by this as well. So, if it does cause offence then we certainly would not support that."

It's illegal to display Nazi items in a number of countries including Germany, France, Austria, the Ukraine and Russia.