Full public access to a mountain bike park near Nelson will not be in place for possibly up to a year, a Department of Conservation manager says. 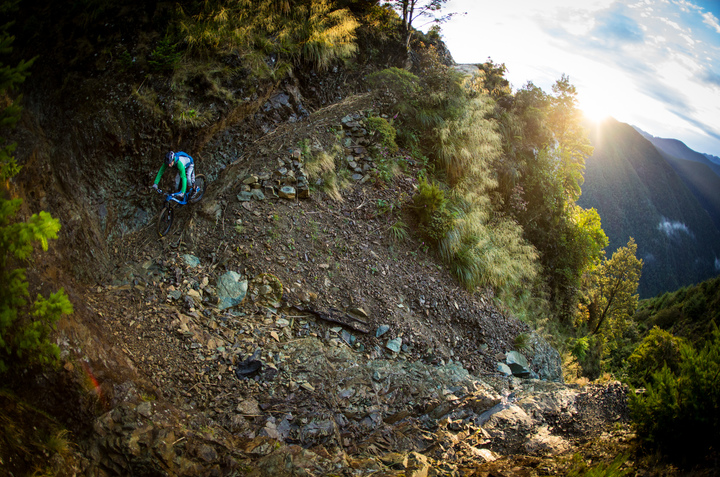 The lease on the 860ha block of land in the Wairoa Gorge, south of Nelson, was transferred last Friday to the Department of Conservation.

It included a mountain bike park, and was gifted by international investor Ken Dart through his not-for-profit foundation RHL New Zealand, with the intention it would be open to the wider public.

The Nelson Mountain Bike Club would continue to operate the bike park as it had done for the past three years, and a trust was being set up to manage the land, which was now a recreation reserve.

DOC's operations director for the upper South Island, Roy Grose, said a key role of the Wairoa Charitable Trust would be to find ways to increase public access to the area, including its river and back-country hiking trails.

Mr Grose said until the trust was up-and-running and access was worked out, the status quo would remain.

He said some of the existing network of mountain bike trails would eventually become hiking trails, and a road beyond the main access gate would be improved for safe public use. Hunting was also allowed at certain times of the year.

"The problem with access at the moment is there's a locked gate, and it's had to be locked for security and health and safety reasons. The road beyond there is not in very good condition so one of the things we're looking at is how to improve road access closer to the gorge area.

"Because it's a downhill mountain bike park they've been running people up in shuttles - similar to how a chairlift operates on a ski field, and then people bike down."

Mr Grose hoped that the Tasman District Council's representative on the trust would be able to advise on improving road access.

The trust would include a number of representatives, including the mountain bike club, to look at the future management of the area, Mr Grose said.

There had been early discussion around how to create better public access for things like swimming and hiking, he said.

DOC said last week that almost half the park contained forest of high ecological value, and a range of rare habitats for bird and insect species.

"It's got something like 91 different species of plants and all the common, native birds that we tend to associate with natural bush blocks," Mr Grose said.

Mr Grose said DOC had done extensive due diligence on how it could take on the land without incurring additional costs to its future budget.

He said DOC did not receive extra funding for managing land it acquired.

"There's not going to be any extra cost to the department as a result of this. We're trying to do it all within the Wairoa Charitable Trust, which will have different streams of income that will help towards managing and maintaining it."