A Jewish organisation in the American city of Pittsburgh has raised almost $1 million for the victims of the Christchurch mosque shootings. 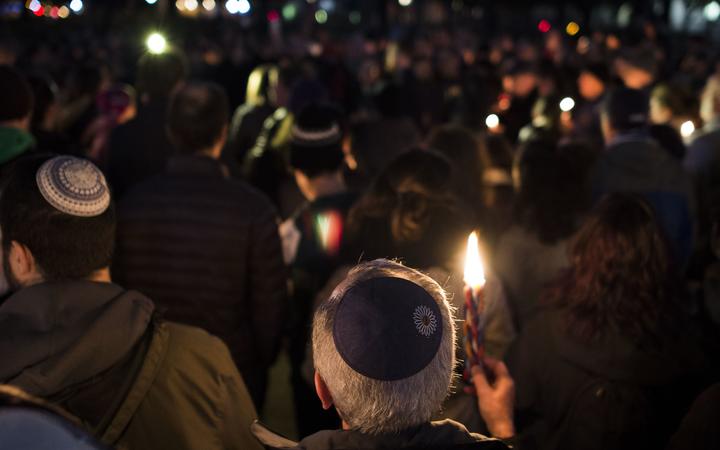 Jewish people and their supporters at a vigil in Washington after the mass shooting that claimed 11 lives in a Pittsburgh synagogue. Photo: AFP

The community in Pittsburgh was still recovering from a mass shooting at the Tree of Life Synagogue, in which 11 people died last October.

Following that attack, the local Muslim community raised money to support the victims.

The city's Jewish Federation president Jeff Finkelstein said members of the synagogue wanted to return the gesture for the victims of the Christchurch shootings.

As word spread about the fund, money started pouring in from beyond Pittsburgh.

"Our intention really was to try to show love back to our Muslim community in Pittsburgh who after the shooting here raised money and did so much to show their support of us.

"We never expected to become this really big national initiative," he said. 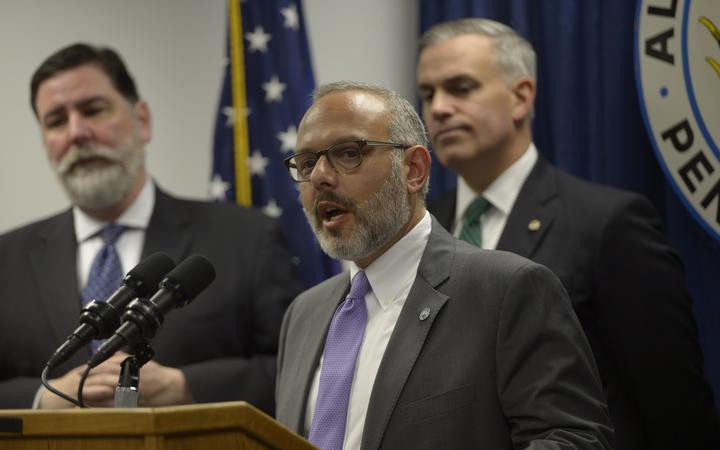 Jeff Finkelstein addressing a media conference in Pittsburgh shortly after the mass shooting of 11 people at a synagogue. He says the Muslim community raised funds for them at the time. Photo: AFP

Coverage on CNN and the New York Times had helped to boost the campaign to raise money.

"And at least 10 countries around the world," Mr Finkelstein said.

The Christchurch shootings had deeply affected many in the Pittsburgh Jewish community because the tragedy brought back memories from the attack last October.

But Mr Finkelstein said being able to stand in solidarity, raise money and help another group who were suffering, had had a healing effect.

The donations will be sent to the New Zealand Jewish Council which will transfer the money to the Christchurch Foundation.