The first study of little blue penguin in North Taranaki is being credited with giving the at-risk bird a better chance of survival in the region. 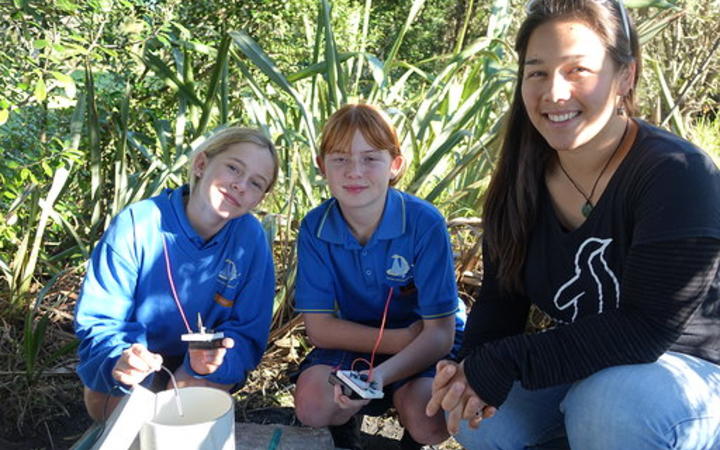 Finding Little Blue is the brainchild of the Ngā Motu Marine Society, which has teamed up with local school children to make it a reality.

Kororā are the world's smallest penguin at just over 25cm tall, they weigh about a kilo and their number is declining.

Dogs are the biggest threat to the diminutive birds, but cats, stoats and ferrets will also kill them.

Finding Little Blue's lead marine scientist Elvisa van der Leden said with no previously existing data the aim of the project was to collect information on the birds' distribution and nesting behaviour.

"We've been working with young citizen scientists from Puketapu School and Devon Intermediate who've been helping us developing the monitoring technology and putting those units in the burrows, the man-made burrows, that we've got set up so we can watch temperature rises and falls in the burrows over time online."

Ms van der Leden said the students came up with idea of using temperature to monitor the birds.

"The kids have been making sure that the technology works for starters, that the data is accurate and that the device is communicating, and we'll be able to see when there is a penguin in the burrow or that the penguin has left by the temperature fall, and all that will be accessible online for everybody."

Ms van der Leden initial reviews of the data had turned up some interesting findings.

"One of the things we can compare through this project is do they prefer wooden or concrete burrows? And here in Taranaki, we've already found that our concrete burrows tend to be preferable for our little blue penguins."

Ms van der Leden said early data had shown that the burrows were also used earlier than the traditional nesting season that begins next month.

He said they used a tiny data-catching to interface with an industry-standard temperature probe.

"That can measure to a 16th of a degree centigrade and it's factory calibrated so it's a really nice piece of science equipment for $5 ,and we're adapting it to $5 of electronics on a breadboard with three AA batteries and the students can customise it make it interactive."

Mr Hornblow said the devices included a radio transmitter and were so simple the students could assemble them.

Once in place they could communicate with a computer - in Urenui at the camp office - which captured the data for later use.

Tyler Drought got involved via her school Devon Intermediate. 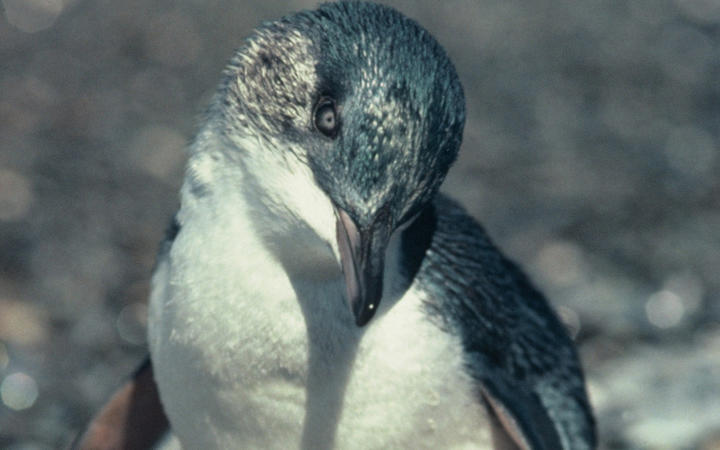 "Well I got started for an enrichment at Devon and yeah it just lead on from there. We've learned about the predators and what we've been doing and the data-catchers and all the technology."

The project had also given her an excuse to stay up late.

"We went on night surveys and we would bring a book down to catch data and their behaviour and what they would do.

"They were quite calm and just stare at you. Some were hiding under the rocks where we saw two chicks and you could hear some squawking and others would just walk around."

Tyler's grandmother Chris Hucker had been impressed by the programme.

"I've sort of taken her down to some of the night things and I think it's been really good for her confidence and the fact that she's been learning so much about little blue penguins."

It wasn't a style of learning Ms Hucker remembered experiencing herself.

"We were in the classroom and it would have been fantastic to be able to do things like this. You know be out and just learning about things rather than just out of text books."

Ms van der Leden said this study would provide hard data on Taranaki little blue penguins for the first time which was important.

"Not only are they cute but they are an important indicator spices, so just by having them in our community in our coastal habitats it shows us the health of our surrounding ocean, so it can tell us a little bit about how healthy our fishery stock is around the Taranaki area for example." 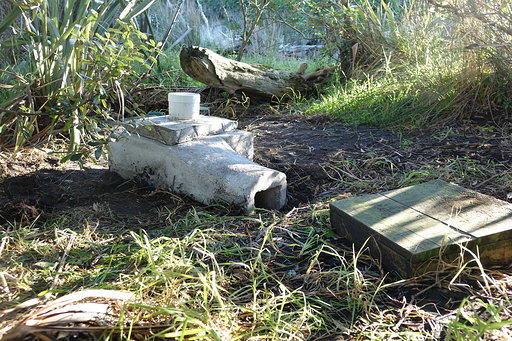 She said it was hoped the survey would offer clues to the little blue penguins' dwindling numbers in the region.

"People used to find little blue penguins just hanging out of their porch at night and they used to burrow under most people's baches and holiday homes and nowadays we don't see that so much.

"They're running out places to live so one of our jobs is to protect them by giving them almost like alternative housing I guess because of all the development that is going on along our coast cause they are in national decline."

The Finding Little Blue project received $20,000 from the government's Curious Minds initiative and is electronically monitoring 14 burrows around the Taranaki coast.

It will begin live streaming its data on its website at the end of next month.