This story first appeared on SunLive 9

A new fumarole, or mud hole, in Rotorua - which spewed mud the size of bowling balls - is not likely to endanger the public, the Rotorua Lakes Council reassured residents today. 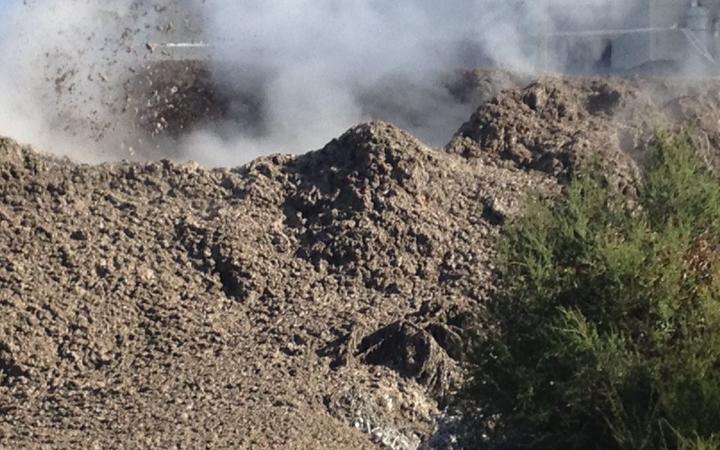 A fissure opened up on a chine overlooking the famous Whakarewarewa village yesterday and has not abated, but the risk of it widening or expanding from its present site at the northern end of the Meade Street cul-de-sac appears minimal.

The council's geothermal inspector Peter Brownbridge this morning said the council had taken necessary precautions to ensure public safety, including barriers from Meade Street, which overlooks the village. 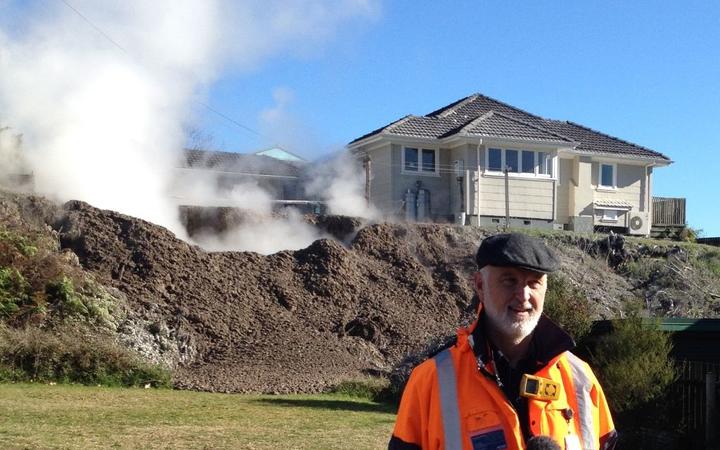 He said the occupants of 12 Meade Street - who had two young children - were temporarily living with relatives.

The fissure looked spectacular from the village side when it emerged, intermittently gushing mud balls and emitting steam. A woman living at 12 Meade St first noticed the subterranean burps and "venting undergound".

Boiling mud was ejected from the opening - about the length of two cricket pitches - and reported to the authorities. The "venting' continued.

Mr Brownbridge said a faultline runs along the bank.

"Every now and then we get a flow of heat from the south - the village direction - and it works its way along the faultline and comes to the surface."

Normally, it was heat in steam, he said. "This event is a bit unusual in that we have the ejector being thrown out and it's a lot worse than normal."

The council is letting Rotorua's latest fissure take its course.

Mr Brownbridge is confident it presents no danger to the public.

During a descent of the stairway to a flat area that was the venue of a press conference today, he pointed to a strategically dug hole in the ground, from which wisps of vapour were emitting.

No risk to nearby house, council says

The hole had not changed its shape, indicating the latest burst alongside had not deteriorated.

The area is fenced off because the risk of ground collapses was "quite high at the moment".

In the immediate term, there was no risk the 12 Meade Street house was in permanent danger. Nor was there concern of danger to other houses in the area.

A shed was in danger of collapse, however, because of ground movement. 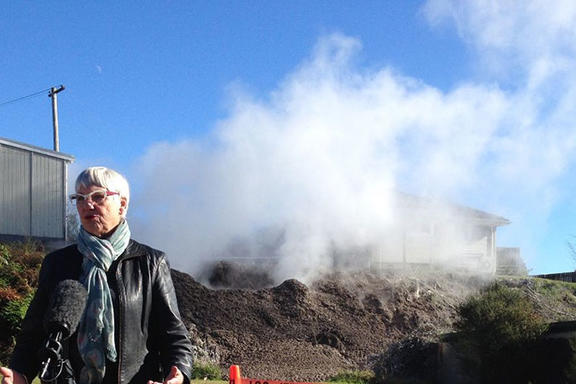 "In my time with the council, this is the fifth time heat steam has worked in this direction," Mr Brownbridge said.

"Historically, as far as I know, there hasn't been any adverse effects in the village itself. I don't see that this is going to be any different."

Neither a recent earthquake, nor a buildup because of the controversial closure of bores in the 1980s, seemed to be the cause for the latest fissure.

Immediate dangers were ground collapse on the lip of the bank, the seat of the blow out.

Rotorua mayor Steve Chadwick said the council will take a high-level safety approach to the public and tourists.

"So, please don't come down here and cross this boundary."