Driver training must be at the forefront of any new road safety strategy, motorsport legend Greg Murphy says. 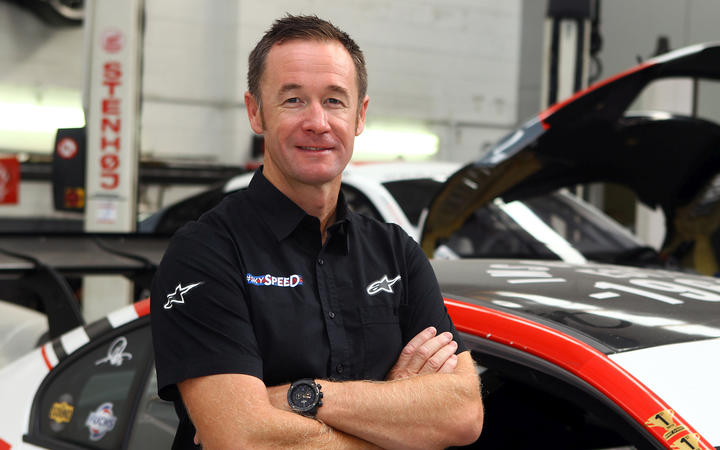 The Ministry of Transport will propose adopting a Vision Zero approach to road safety, which accepts that crashes happen and seeks to minimise the damage.

It said its Vision Zero road safety strategy was in draft form, and a consultation document would be before cabinet shortly.

Mr Murphy, a four-time Bathurst car race winner, has been outspoken about road safety issues and driver training in particular, and said the Vision Zero philosophy was a cop-out which ignored the problem of bad driving.

He said New Zealand's drivers were under-trained and over-confident, and putting a focus on limiting the damage of a crash, rather than stopping a crash in the first place, was a terrible idea.

"I mean, that's just ridiculous. What a stupid name for something that is not going to stop people from crashing," Mr Murphy said.

"[Transport Minister] Phil Twyford said we've been spending too much money on roads for decades, so I'm not quite sure how that's all going to work when if they're not going to spend any more money on roads, how are they going to engineer roads so that when people crash, they don't die.

"They are bamboozling the New Zealand public with garbage."

Mr Murphy said roads in New Zealand were not always safe, but more focus should be put on the actions of drivers.

"We do have some ridiculous stuff that it's just a no brainer to fix that is going to take risk away," he said.

"But we also have a whole bunch of crashes in this country not actually apportioned correctly to the actual fact of it all.

"We are not blaming the driver, and you don't want to blame a driver after they've just killed their family.

Ministry of Transport put together five advisory groups as they prepare the road safety strategy for the next decade.

The Road User Behaviour reference group listed training and driver licencing as a key priority for any new strategy.

"Members suggested driver training should be a more prominent component of the driver licencing system, and that some driving offences indicate a training need, rather than a need for punishment," a report from the group reads.

"Members also suggested driver training should be focused on decision-making and hazard perception."

The group was less supportive of ideas to regularly retest drivers, or to require drivers to take an approved training course.

Mr Murphy said both should be compulsory for any driver on the road.

He also backed an idea formed by New Zealand First to bring driver training into the schools.

"With $4.8 billion being lost in social cost every year, and people's lives being ruined by it, why can't we pre-invest a couple of hundred million into education, you know, putting stuff into schools.

"It 100 percent is guaranteed to come back to the government in the fact that less people will be killed or injured on the road."

Chris L'Ecluse is a former highway patrolman from Australia who now works for Teletrac Navman, which builds IT systems for cars.

The telematics systems monitor driver speed and actions while driving, and can be fed back to business owners to monitor their vehicle fleet.

He agreed with Mr Murphy that a tougher driver licencing regime was needed, and it was not just teenagers who need better training.

"However, if we turn that statement around, we can all point to any number of people out of the window that we perceive to be bad drivers.

"Now, what makes up bad driving are behaviours that we all demonstrate at one time or another."

Mr L'Ecluse said until driver training was improved, the government has little option but to implement Vision Zero.

"What Vision Zero accepts is that drivers are poor and can not be rehabilitated," he said.