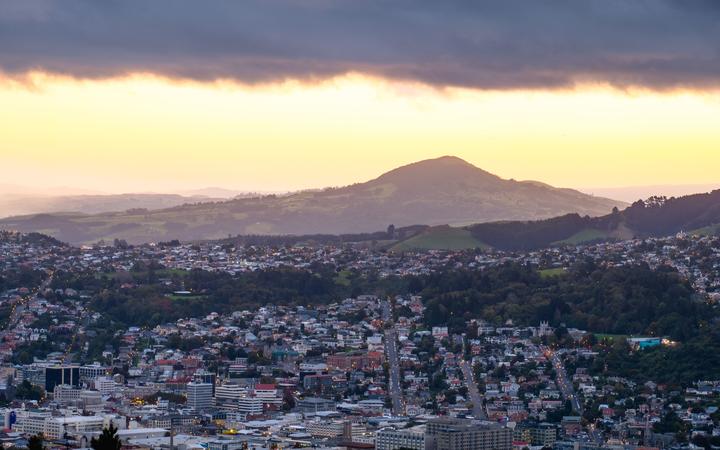 The declaration means the council recognises a climate emergency, acknowledges that all levels of government need to act, and commits to strong action.

City councillors heard passionate pleas from the community during a packed public forum at a meeting this afternoon.

Four pupils from North East Valley Normal School were among those on a mission to convince the Dunedin City Council to declare a climate emergency.

They spoke to a packed council chamber today, weaving their way between people with placards, to give a passionate plea for the council to declare a climate emergency.

"The kids that will be adults at the time when things get disastrous will not live an enjoyable life nor a decent one if we don't do something now," one pupil said.

Another pupil told councillors: "Please consider declaring a climate emergency so that all of the citizens of Dunedin can realise what we are doing wrong and what we need to change."

Their pleas were met with applause from the council chamber.

Councillor Aaron Hawkins put forward a motion, asking for the council to declare a climate emergency and fast forward the city target of reaching net zero carbon to 2030 - 20 years earlier than its previous commitment.

"The science around this is constantly evolving and if it does come forward and our planning is based around 2050 timeframe, we run risk of doing far too little too late. But also if your target is the very last minute - which 2050 would be - you risk overshooting that," Mr Hawkins said.

He also asked for the council to acknowledge that business as usual was inadequate and called for faster action to reach net zero at a national level.

Mr Hawkins said it was not that the council wasn't doing anything, it was just not doing enough.

"A lot of people forget that the Taieri Plains is just as endangered from sea level rise as South Dunedin is, as is Waitati, as is Waikouaiti, Harrington Point, Aramoana. We've got vast sections of the city that will be horribly affected by one or two metres of sea level rise," he said.

However, the motion didn't pass unanimously. Nine supported it and five councillors voted against a declaration - some questioning the scientific backing of climate change, while others were concerned about the use of one word.

Councillor Conrad Stedman said the declaration put him between a rock and a hard place - he supported climate action, but didn't agree with calling it an emergency.

One councillor questioned what the declaration would cost council, which Mayor Dave Cull responded to.

Dunedin City Council will set up milestones to make sure it meets the new net zero carbon target by 2030.

Six other New Zealand councils, including Auckland and Wellington, as well as hundreds of others around the world have already declared climate emergencies.