Consumers are being warned that some exotic mushrooms being sold in supermarkets and high-end restaurants as 'New Zealand grown' are actually being imported from China, a local grower says. 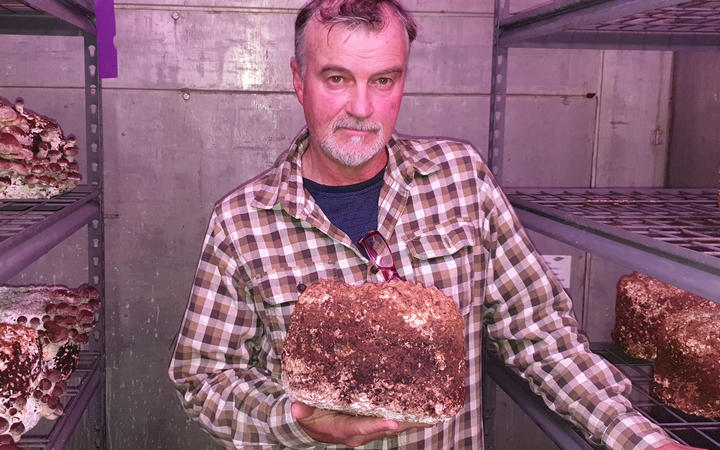 An increasing number of shiitake mushroom growers have switched to using imported Chinese growing 'logs' on which the fungi is grown, because it is cheaper than using New Zealand-made logs.

These logs are actually plastic bags filled with sawdust and water, inoculated with shiitake spawn, and shipped to New Zealand. Other exotic mushrooms such as Enoki are also grown in the same way.

The mushrooms, harvested just a few weeks after arrival, are often then sold as being New Zealand-grown.

"But the substrate and none of the inputs are from New Zealand. The whole thing is done in China and imported here. New Zealand customers are getting hoodwinked," Hillcroft Mushrooms co-owner Bruce Mackinnon said.

The small Hawke's Bay organic shiitake grower said his sales had fallen "around 80 percent over the last two years" as his competitors switched to cheaper imported growing logs.

Meadow Mushrooms, the country's largest mushroom grower, launched its "New Zealand grown" shiitake mushrooms earlier this month which it said were all grown from Chinese logs. 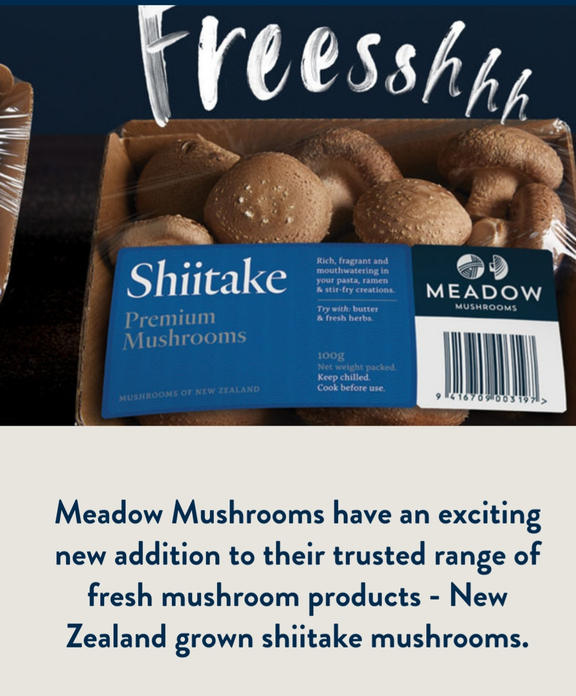 "Because effectively we are producing the mushrooms here to New Zealand safety standards in a controlled environment, and they're being grown here using our resource and our expertise, water and all of our facilities.

"We didn't want to mislead anybody, so checked with Australian and New Zealand standards to make sure we were okay to be able to say that.

"We are not hiding anything ... we are still updating our information about our product that's just launched so we are going to be telling everyone all about the details behind it as well."

That information would be available on Meadow Mushrooms' website soon, she said.

Only minute levels of arsenic, lead and mercury were detected in the New Zealand mushrooms, but "detectable" amounts of arsenic and lead were found in the the Chinese ones, Mr Thornwell said.

"From the results it doesn't look like these are alarming, but the question probably would be what happens to those blocks if you've got hundreds or thousands of them when they're composted down?," he said.

The Ministry for Primary Industries said it did not carry out routine testing of spawn logs or mushrooms because it was up to growers, manufacturers, importers and retailers to ensure their food was safe and suitable.

"Toxicity should be checked just to confirm that it is a fully safe product."

Consumers should be also made aware of where their food originated from, he said.

"Retailers may not understand why the price has dropped and may still be unknowingly marketing them as grown in New Zealand. But the sawdust the mushrooms are growing on is from China, and the whole process to get them almost to the point of fruiting is also done in China."

"If it's not a New Zealand product then it really shouldn't say it's from New Zealand," he said.

Meadow Mushrooms said it routinely tested mushrooms and the substrate (media) they were grown in.

"All imported mycelium media are tested including for pesticides and heavy metals. Mushrooms are also tested, including microbial pathogens, heavy metals, pesticides and gluten (allergen) and we routinely test as part of our normal product testing programme. The supplier we chose is currently exporting to various other countries and is audited using an independent party," it said.

Mr Mackinnon feared the same could happen in New Zealand unless consumers were made aware of the issue and the Commerce Commission investigated the labelling of mushrooms grown on imported logs.

"I asked the Commerce Commission, but they weren't interested. What are they there for otherwise? Some transparency, that's all we want."

A Commerce Commission spokesperson said there was "no hard and fast rules" to determine whether a product was New Zealand made or grown.

"But in general what the commission would consider in a situation like this is what a consumer would understand about a phrase such as 'New Zealand Grown'. The test of whether a claim breaches the Fair Trading Act is based on whether the claim is likely to be misleading to New Zealand consumers."

The commission said it was aware of the imported mushroom issue but it was not investigating.