A University of Auckland lecturer is calling for staff to be trained to handle students who express extreme views on campus. 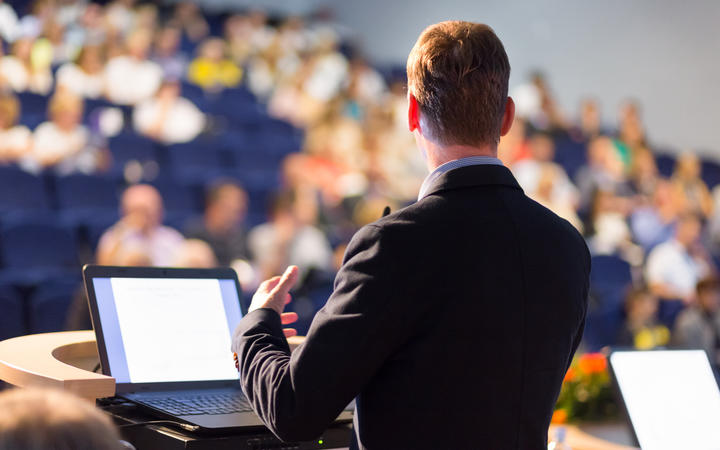 Traditionally, universities have been a place where students could freely express their views, says David Mayeda. Photo: Photo / 123RF

University staff told RNZ they were silenced by senior management after complaining about a student with far-right views just days after the Christchurch terror attack.

One of those staff members, David Mayeda said the University was not prepared to handle complaints of that kind.

It took the university almost a month to formally take action after staff complained about a student sending threatening emails and interrupting a tutorial to express his extreme views on immigration and colonisation, Mr Mayeda said.

"It wasn't that there was a lag in addressing this, it was that after this got to the highest level of management it just didn't seem like the policies and procedures were established to deal with this."

The incident took place five days after the Christchurch shootings. The student, who is not at the university anymore, interrupted a tutorial while white supremacy was being discussed and said Māori had no right to land and that he did not believe in the Treaty of Waitangi.

He later sent threatening, transphobic and misogynistic emails to staff. The emails also detailed the student's views on immigration and the Islamic faith.

The University investigated the incident and asked the student to apologise to staff. He was also given a list of behavioural requirements to follow.

Mr Mayeda said the University of Auckland and other universities did not know where to stand in the debate of free speech versus hate speech.

"Universities are historically supposed to be spaces where controversial opinions are free to be expressed and debated. So there's that element that comes into this whole issue that if there's any place where freedom of expression is paramount, it should be in a university setting," he said.

"We have to ask, should they be able to express controversial opinions? And if so, can they do it in ways that are acceptable?"

He said current hate speech laws affected how the university could respond.

"The university, I think, is having to deal with what are the existing laws, and what are our existing rules in the university around something that could be understood as hate speech and how do we handle that from a legal perspective in the moment with the law as it stands right now."

Staff needed to be trained on how to deal with students with extreme views, he said.

"We need to be teaching our teachers - whether that's people like myself who are lecturers, or graduate teaching assistants - how to handle these types of incidents that can arise, especially when we're in a society that's clearly dealing with this stuff.

"I mean, March 15 - although that's the most extreme example - shows that we're dealing with issues of racism and xenophobia in our society."

Tertiary Education Union advocate Enzo Giordani said he would like to see the institution approach complaints with more humanity.

"I would like to see them approach these things with a little bit more humanity and to look at how people are feeling and to show that they care a little bit more, rather than shut things down."

The University said there were a significant number of processes in place to handle these situations and a no tolerance approach to harassment was prioritised and regularly communicated to staff.

It said it had tested policies and processes to act against incidences of harassment, discrimination, and bullying, and to ensure that all parties would be treated fairly if a complaint was laid.

The University said it was aware the line between freedom of speech and harmful speech was both a matter of academic debate and practical application. It said it encouraged this debate as part of its role as the critic and conscience of society.