Protesters are taking to the streets over Oranga Tamariki's practices - and are planning to do so almost daily. 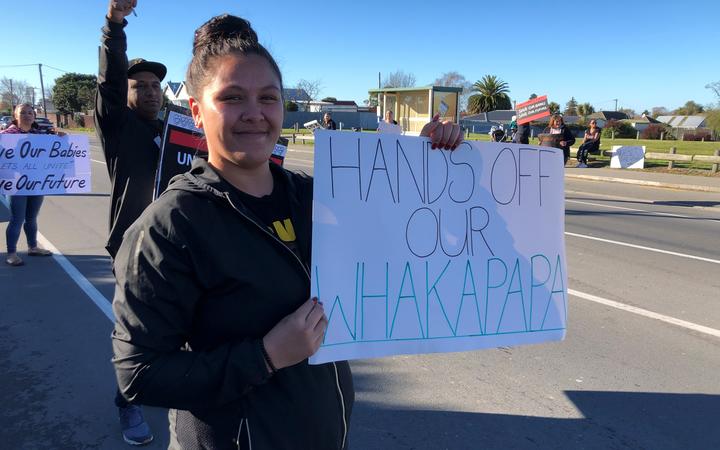 People from the groups Unite As a Nation and Save our Babies took their message to the Ministry for Children's offices in New Plymouth, Hamilton and Christchurch today.

The scene on Christchurch's Pages Rd included loudhailers, sirens and about 20 protesters, including placards reading 'Hands Off Our Whakapapa' and 'Save Our Babies'.

The event was organised by Piwi Beard, who grew up in state care and said it was high time Oranga Tamariki acted a little less tough.

She said she understood the important role the ministry played, but its approach needed fixing.

"Ideal outcome is for Oranga Tamariki to sit down with whānau and find a solution before an uplift, before a childcare protection issue is put in place - and to listen. To sit side by side," she said.

Ms Beard said the Treaty of Waitangi gave Māori the right to govern their own, and the ministry needed to believe whānau had the solution. 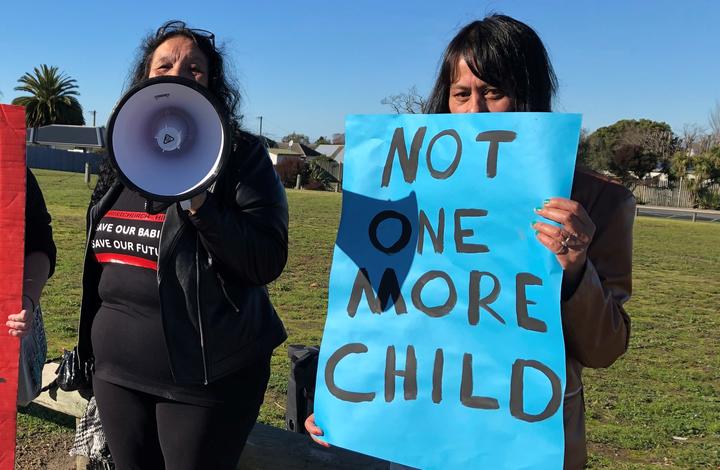 Another protester Mervyn Beard said there were too many horror stories about Oranga Tamariki.

He was moved to join the protest after seeing recent video footage of a baby being taken from its family.

"It was such a sad thing to see. As an older man it practically brought me to tears just to see what's happening to our kids," he said.

Also among the protesters was Tina French, who has been lobbying for change within Oranga Tamariki for months.

She is doubtful that new legislation, to be introduced in two weeks, would ease the outcry over the removal of at-risk Māori babies into state care.

Ms Beard said protest action would continue almost daily in Christchurch and events were planned in 13 other centres around New Zealand.

Nation-wide hikoi are planned for 30 July, including from the Bridge of Remembrance through the centre of Christchurch.

A protest is planned for Wellington on 30 June.