A tourist who killed three people and injured four when he crashed his rental car near Tekapo has been ordered to pay $23,000 to his victims. 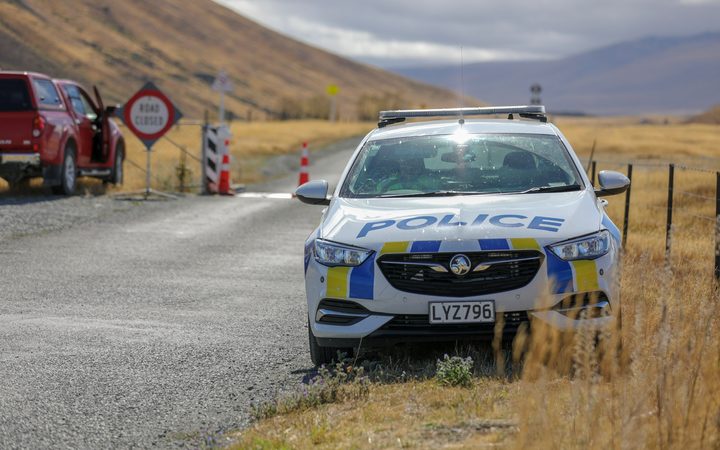 Police at the cordon leading to the crash scene. Photo: RNZ / Simon Rogers

Lai Xu was driving a rental car on Braemar Road in March when he saw an oncoming vehicle and swerved to the right to avoid it, as he would at home in China.

In Timaru District Court this afternoon, Judge Joanna Maze ordered Xu to pay $18,000 to the driver of the other vehicle, and $2500 to each of her passengers - noting that woman driving the other vehicle was the most severely injured, having suffered 14 fractures.

Xu's defence lawyer, Anne Stevens QC, said the reparation was also a way for him to recognise, in a monetary fashion, the emotional trauma that the car crash has caused. She said he was still carried the burden of his actions.

"He is carrying the injury he caused to [the other driver], but also to his wife - and the death of his own mother, and both his wife's parents. They came here to have a holiday and the outcome has been entirely tragic," she said.

"It's the result of an inadvertent misjudgement when he saw another vehicle approaching towards them on the same piece of road - unfortunately, a gravel road that is not suitable really for people who are not familiar with driving in New Zealand."

She said Xu has already paid money towards a replacement car for the other driver.

Xu plans to leave the country to return to China shortly.

At the time of the crash, Mackenzie District mayor Graham Smith said it was the biggest tragedy to happen on roads in the area in a long time.