KiwiRail's chief operating officer Todd Moyle is promising an investigation into a city-wide Auckland train services disruption today - the third similar shutdown this year and the second time this week.

Commuters were stranded because the trains had to stop while the problem was sorted out.

"Look I'm absolutely apologetic to the travelling public of Auckland. It isn't acceptable. We will do an investigation and review into this," Mr Moyle said. 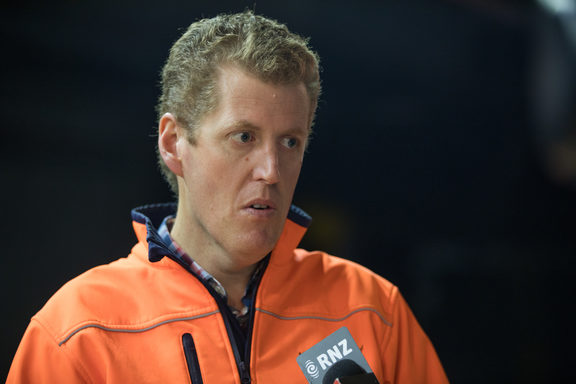 "We've got every resource we can get our hands on at the moment going over this system with a fine-tooth comb.

"Can I give you a 100 percent guarantee that we won't have another issue? I can't at the moment, but you can [be] rest assured we're putting all our efforts into identifying the fault."

Auckland's Mayor Phil Goff said it's unacceptable and disruptive. He said failures such as today's damage the credibility of public transport as a good option for getting around.

"It's simply not good enough to have two signal failures in a week. We're trying to get more people onto public transport as a convenient and reliable way of getting around."

Auckland Transport said these disruptions are "incredibly frustrating" for both customers and them, and have asked for an urgent explanation of the problem and solution.

An Auckland University of Technology student, Matthew Dennis, was on one train when it came to a halt at Homai station in South Auckland. Reluctantly people started getting off the train on the coldest morning of the year.

"I had an exam in an hour, so I rang an Uber, and luckily I got there in time because if I'd been 10 minutes later it would have cost me $200 [for missing the exam]," he said.

Turning up stressed, late and out of pocket, Mr Dennis wants some form of compensation, given this also happened just last week.

Auckland University delayed exams this morning by 15 minutes, and said students won't be disadvantaged if they were affected.

Auckland Transport said it would refund any affected passengers.