It was 90 years ago today the small township of Murchison, between Nelson and the West Coast, was torn apart by New Zealand's third-deadliest earthquake on record. 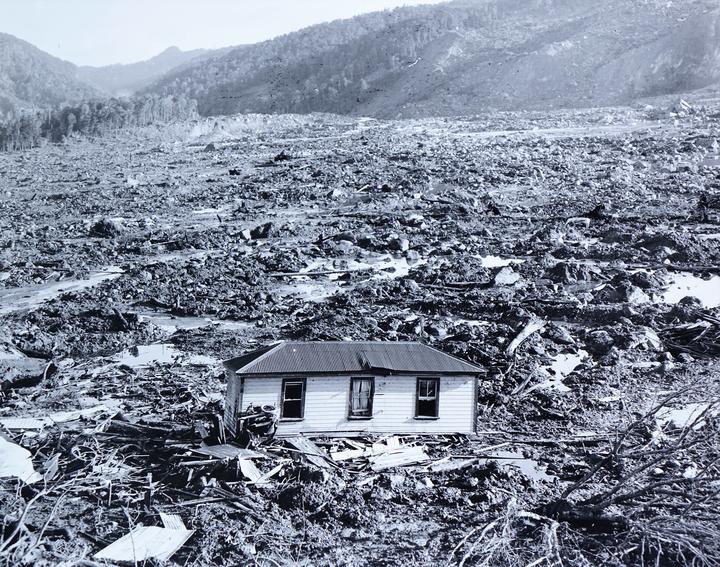 The scars remain on the land and in the hearts of those who have grown up in the shadow of the Magnitude 7.8 earthquake, which struck at 10.17am on 17 June 1929.

It was loud enough to be heard in New Plymouth, more than 250km away. It triggered landslides on the steep surrounding mountains that swept away homes and caused 14 of the 17 deaths.

Doris White, eight years old at the time, was buried in a slip that hit her school but was rescued by her sister Gertie.

Doris, who died only a few years ago, told her son Hank Nalder that they found their way alone to safety.

"They had to find their way back home, across slips and across the river back to Murchison," Mr Nalder said. "From that they were effectively refugeed three or four months in Nelson.

"They were uprooted not only from their family but their community and their home."

Mr Nalder, who lives in Richmond with his wife Maryanne, said 1929 created a culture of resilience that existed today, and was possibly why the town refused to forget.

"Immediately after the quake it would have been tough times going back to cold Murchison in the middle of winter during the Depression but that's what made them what they are, really, a pretty tough bunch."

The quake caused heavy damage in Nelson, Westport and Greymouth, but it was almost a day before anyone outside Murchison knew it had been all but destroyed. 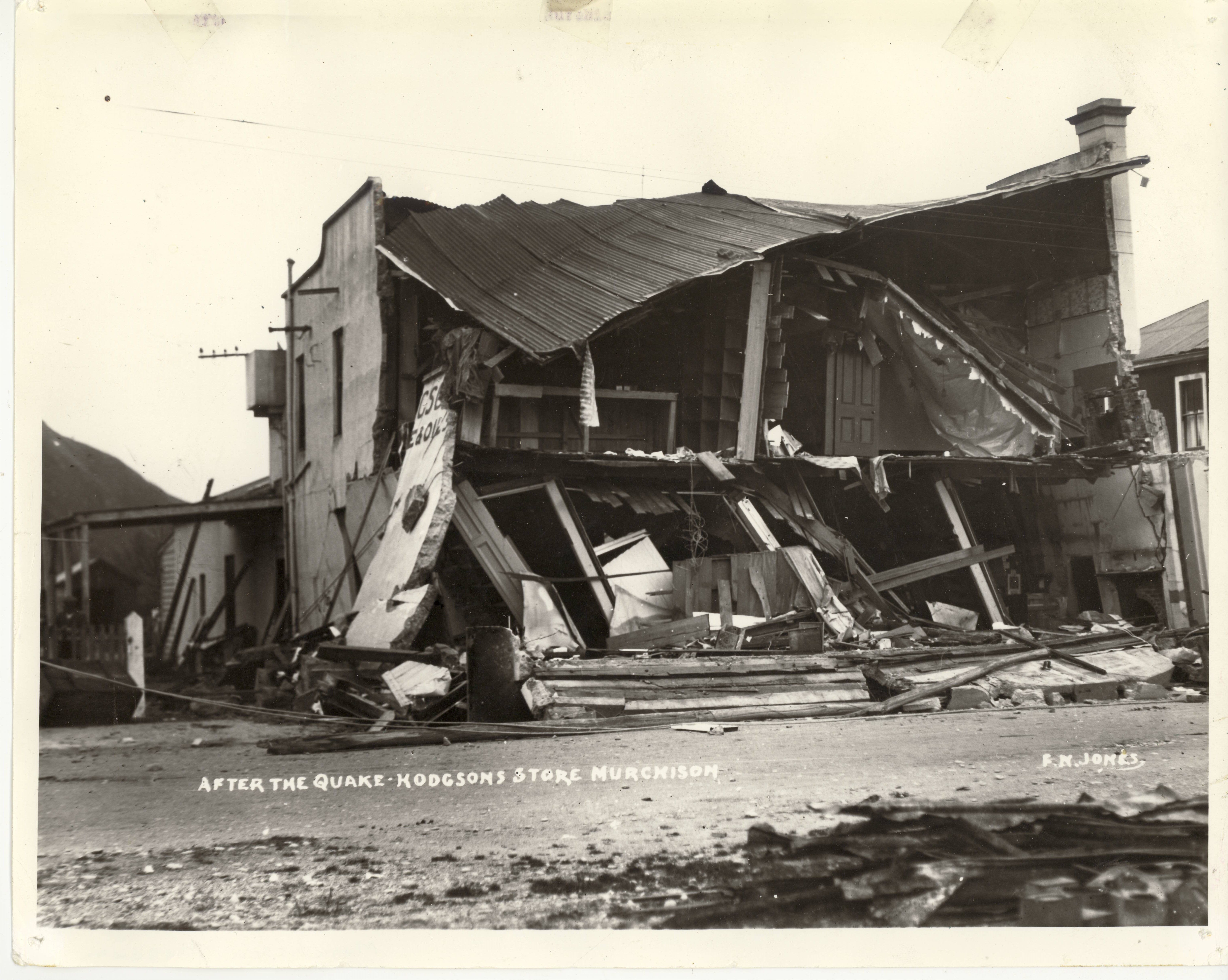 Hodgson's Store, a building which was rebuilt and is still in operation as a general store today. (PHOTO: Alexander Turnbull Library and Murchison Museum) 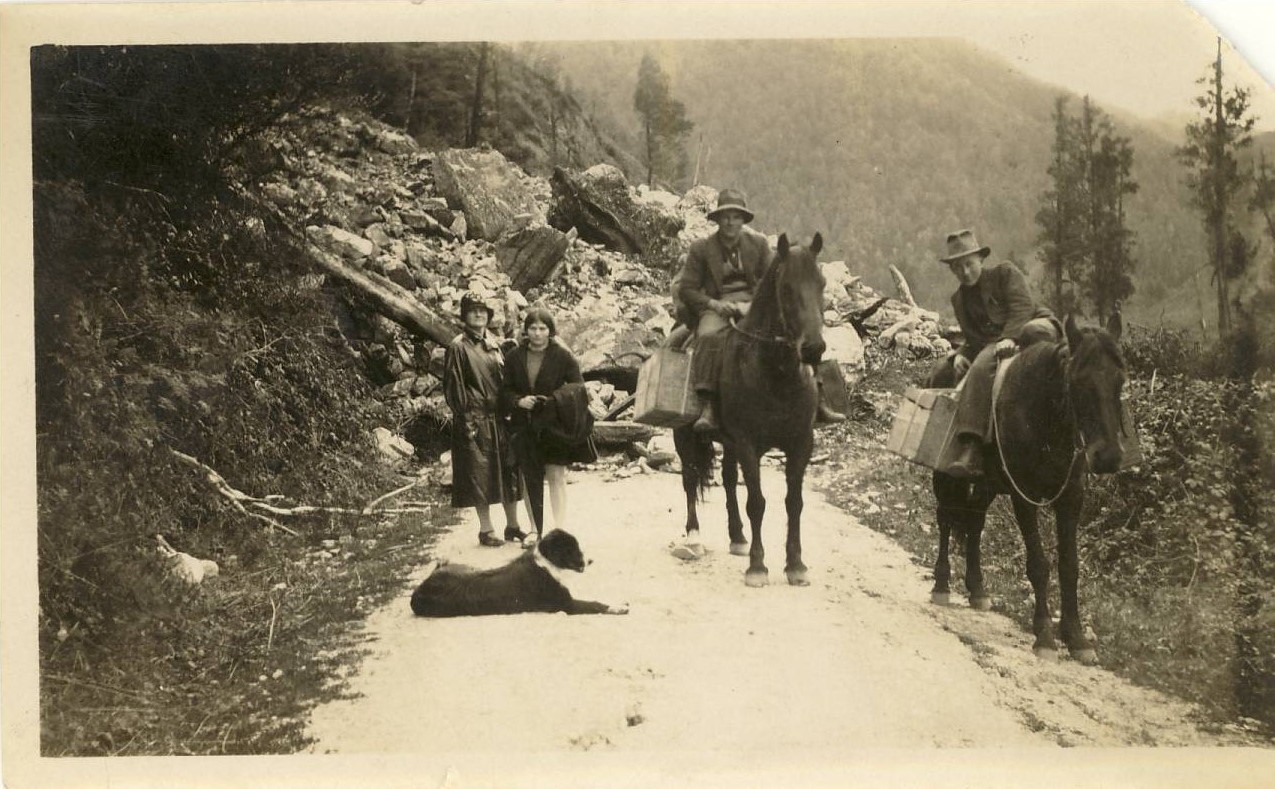 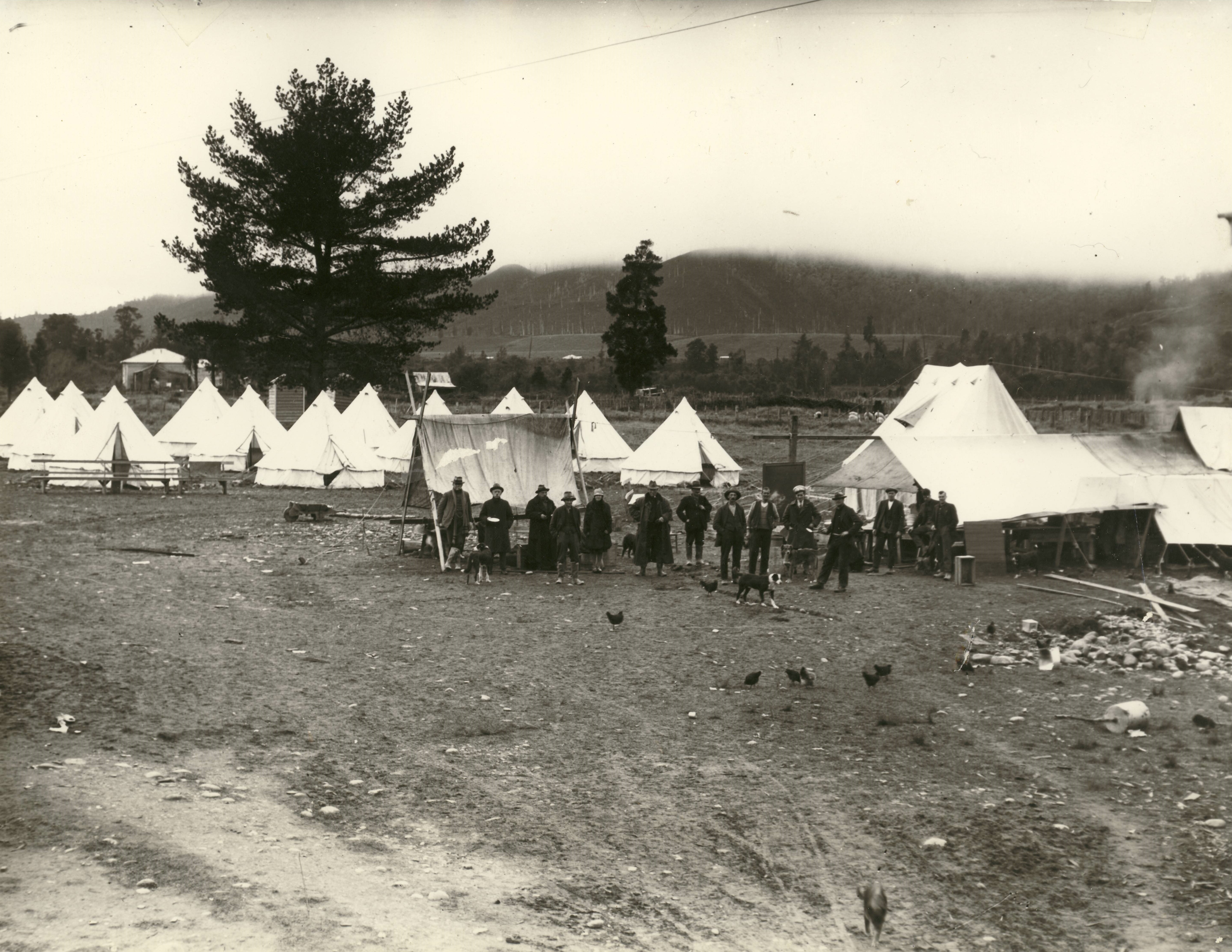 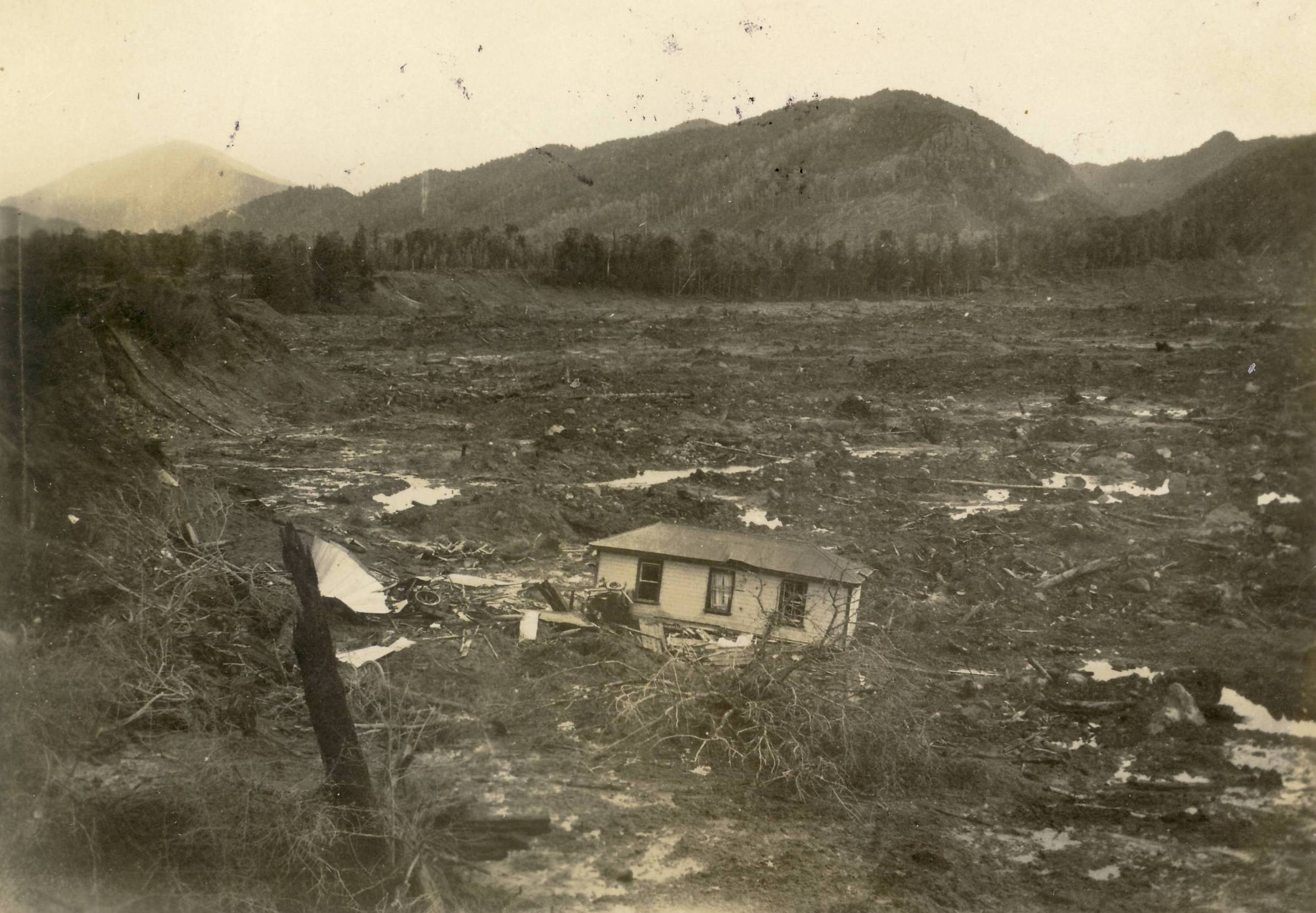 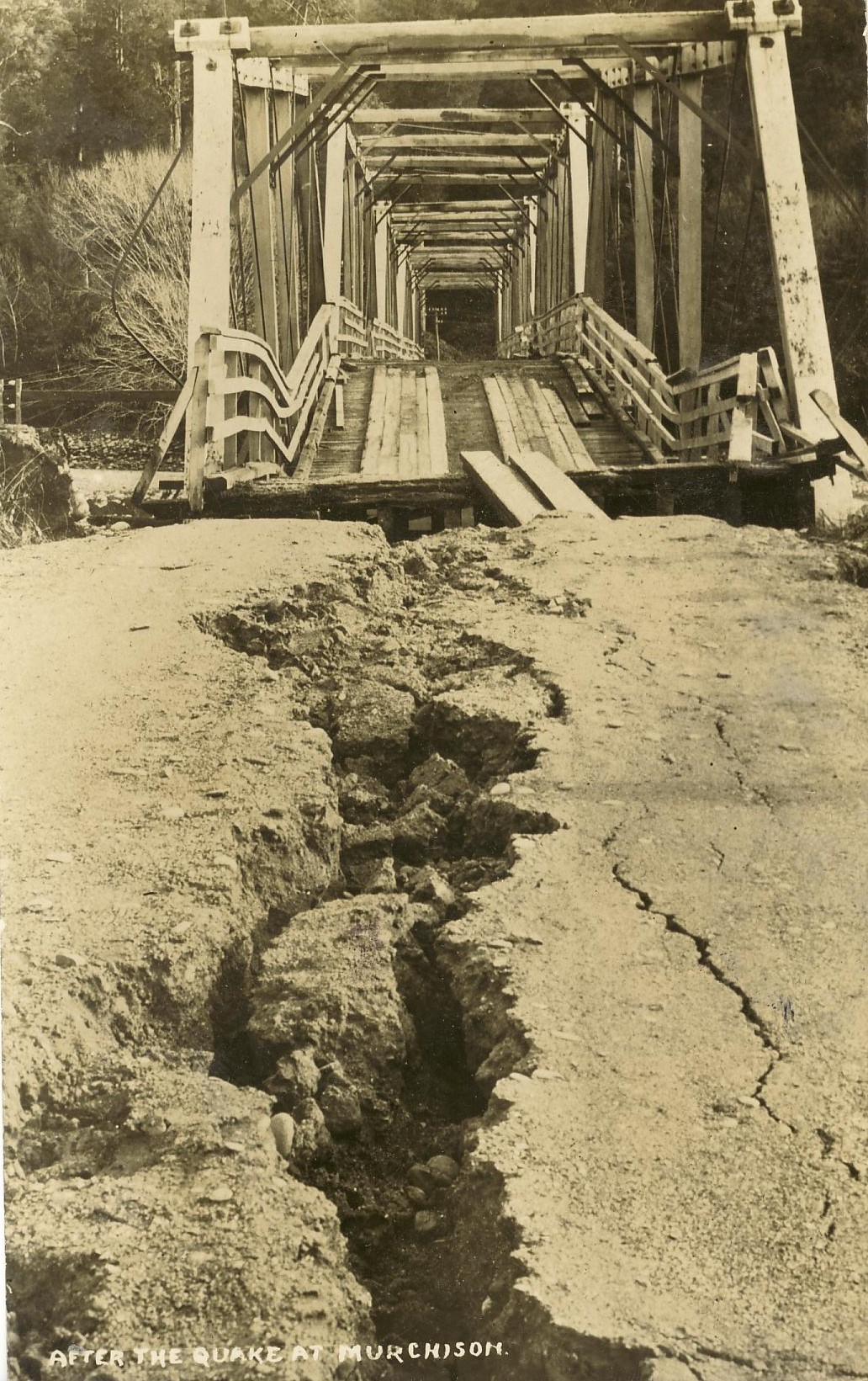 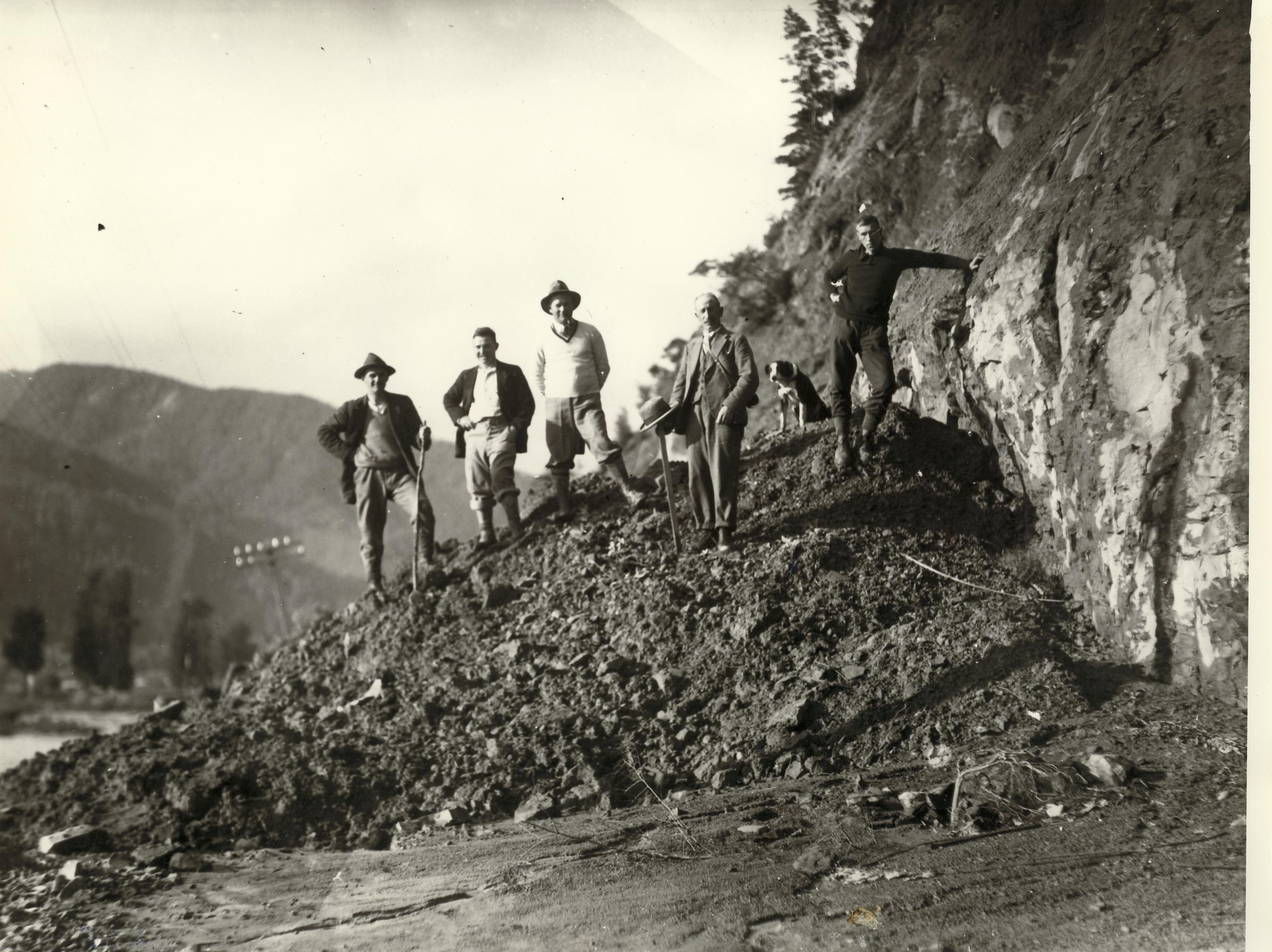 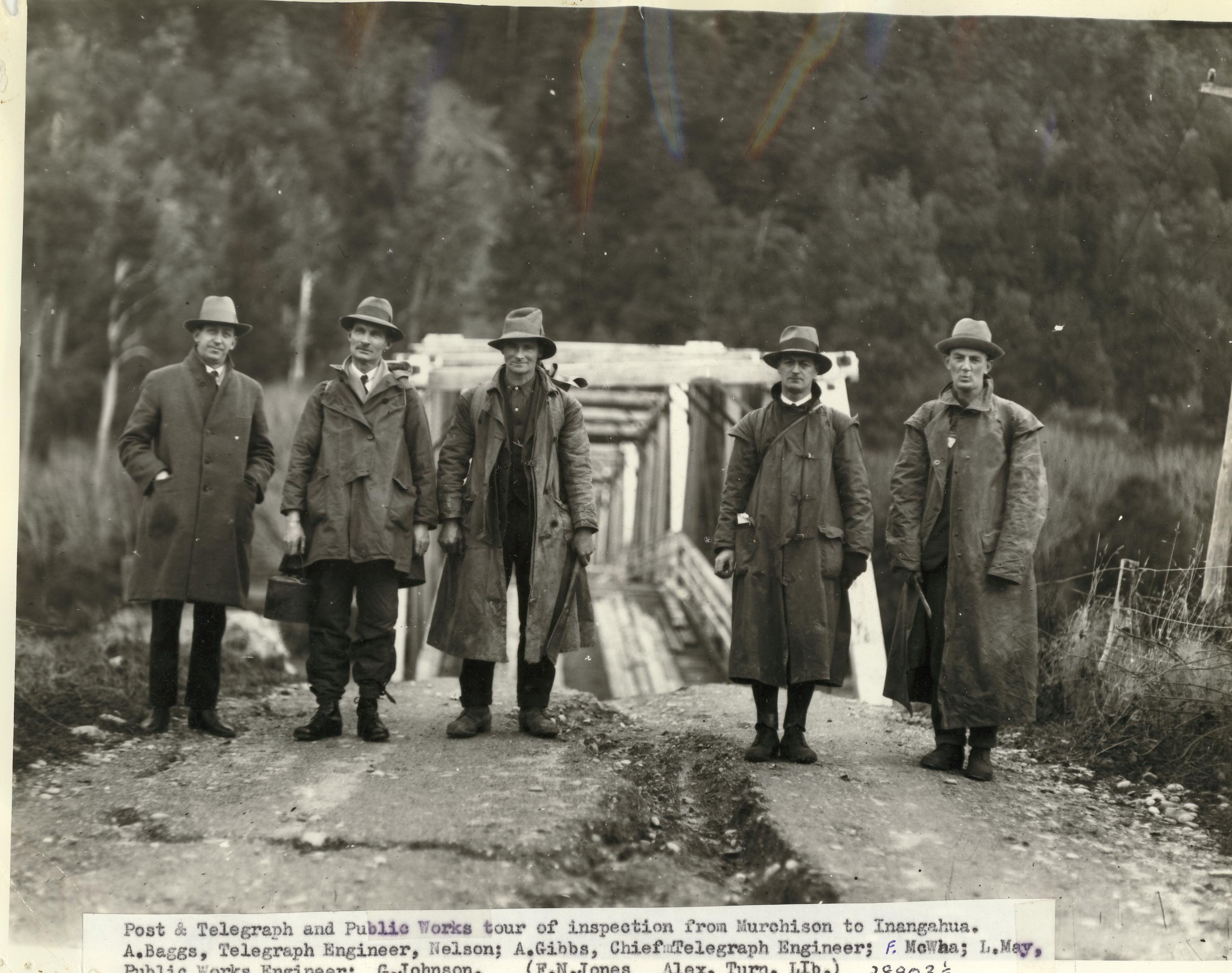 Local historian Judy Peacock, who has strong family ties to the town, said the few phones the town had were knocked out and the dirt roads were gone. Most of Murchison's 300 people were left homeless, in freezing winter conditions.

She said a local man, Bert Spiers, walked the 41km from Murchison to Glenhope to raise the alarm.

"He left Murchison just after the quake and sometime - well after dark - he got to Glenhope. He walked, crossing slips and forded creeks." 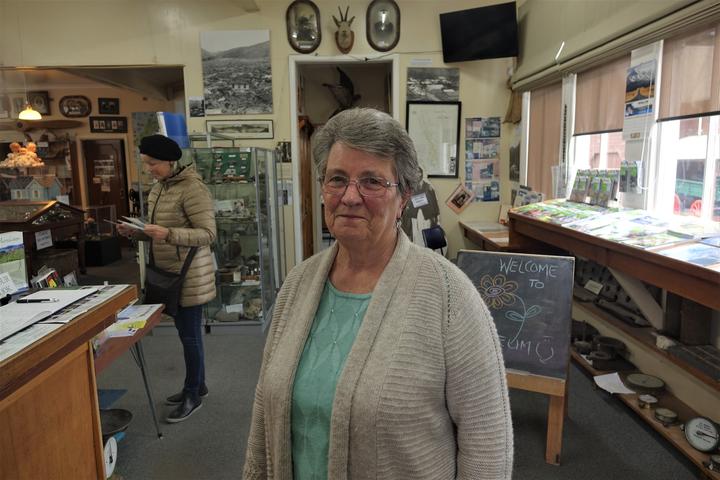 "And when he got to there, there was a big welcome for them at the Church Steps, and it was quite a moving thing for him.

"They asked Dad to speak, but all he wanted to do once he got to Nelson was to go and have a sleep." 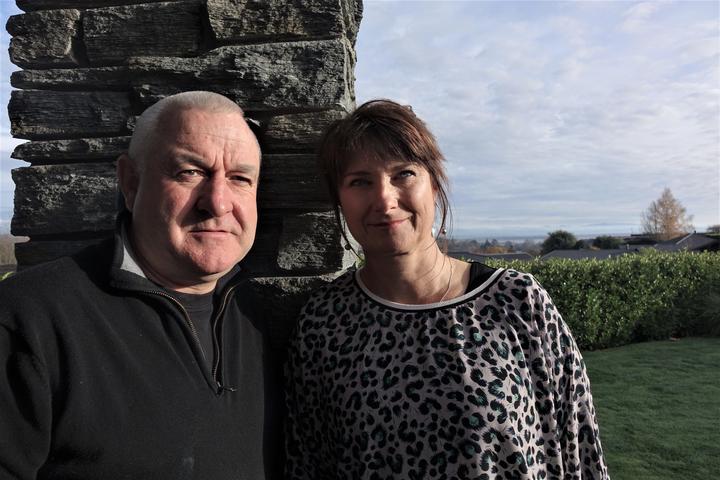 Mr Spiers, now aged 83, lives with his wife Miriam in Nelson and said the quake was never talked about much when he was growing up. However, that same attitude of resilience was evident in his father 39 years later during the 7.1 magnitude quake in Inangahua, near to where they had moved.

"Next thing, bang, bang, bang on the door and it was Dad. He came in. He always wore a tam o' shanter (hat) and it was all on in place, he had the torch going and in he came and said 'oh, it was just a bit of a shake'." 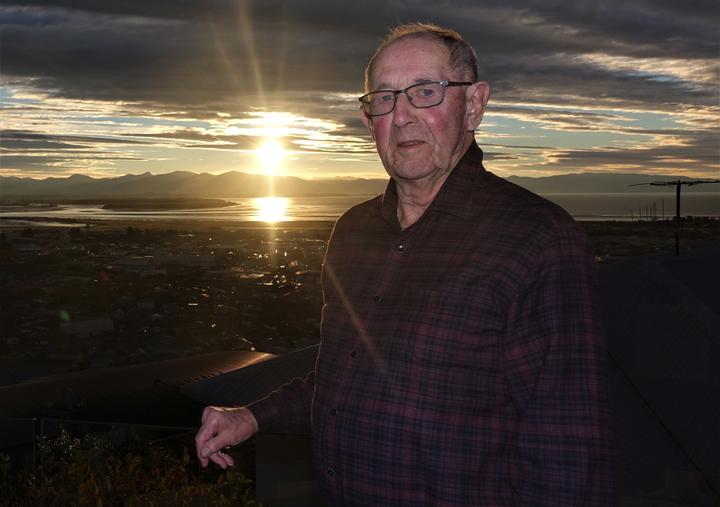 "This is something that comes out in earthquakes - and I know it happened at Inangahua also - is that people who were not getting on well together met up, they shook hands, forgot their differences and got on with the work."

Kelvin Berryman's grandfather Noall Berryman, who worked for the post and telegraph department in Murchison was among the quake's first responders.

He said it was growing up on the West Coast near the Alpine Fault, however, which was the real catalyst for his career as a senior GNS earthquake scientist.

"Once a Coaster, always a Coaster, and to be able to spend a fair amount of my career back down there doing research on the Alpine Fault, so there's a certain sort of circling around on some of the childhood drivers, I guess." 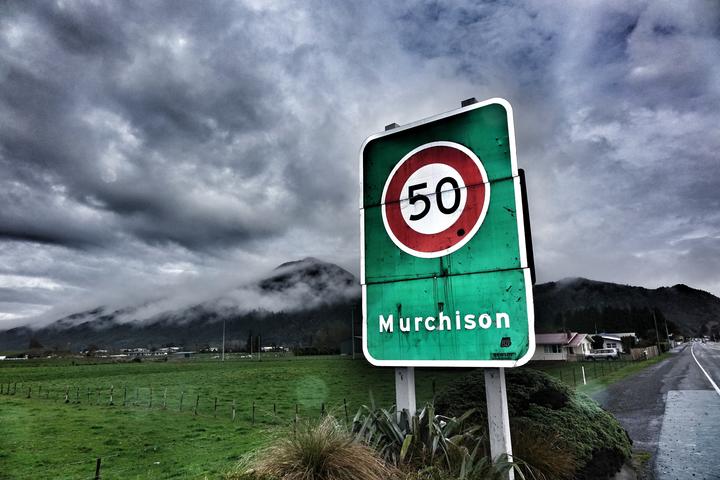 Each year Murchison has remembered the quake, but today is a tribute to the three people alive today who were there at the time. Isobel Monahan and Eleanor Pointon were newborns, and Ernie French was four years old.

Ms Monahan is expected to be at today's service, which will begin with the tolling of the church bell 17 times.