A Kāpiti Coast man is disappointed and shocked a Nazi swastika was etched into a grass berm outside his house in Te Horo. 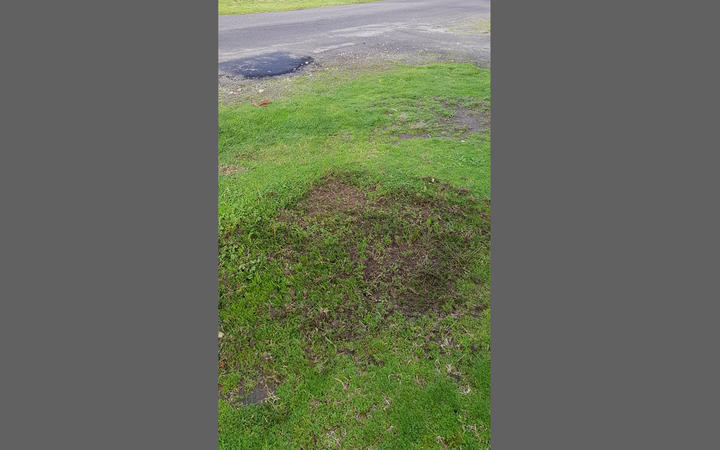 Kāpiti Coast Council removed the Nazi graffiti from the grass berm at Dixie Street after being told about it. Photo: Supplied

Kāpiti Coast District Council says it removed the graffiti from Dixie Street and is investigating to find out who did it.

A council spokesperson, Susan Owens, said a contractor was asked to remove the offending graffiti as soon as they were told about it.

The resident who told the council, Barry, said his children spotted the far-right symbol on their way home from school yesterday.

"I was disappointed ... shocked that someone would do that to somebody else's property," Barry said.

"Whoever did it needs to have a think about what they did. It's not just a smiley face. Damage is damage, but something like that is obviously a lot more offensive, especially given recent events," he said.

"I ripped up some of the grass and noticed [there] was a really strong chemical smell, kind of like diesel. 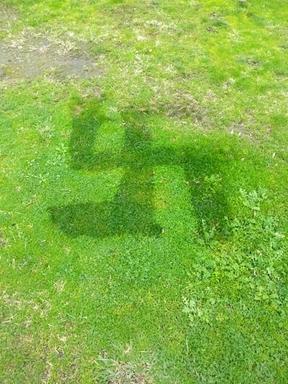 "I was just upset that my kids had to see it.

"Secondly, my [Dutch] partner's family lived through this. Her grandparents were part of this, they were running from Germans. For her, it was probably more upsetting."

He had asked the council to keep him informed of the investigation's outcome.

"They could at least tell me something's been done, and the person's been disciplined. I don't need to know names or anything."

Despite that, he said he was not hopeful the investigation would get far.

"If everyone denies it, what are they going to do," he said.