It is time to act on nitrate levels in drinking water so as not to put New Zealanders at risk, Canterbury medical officer of health Alistair Humphrey says. 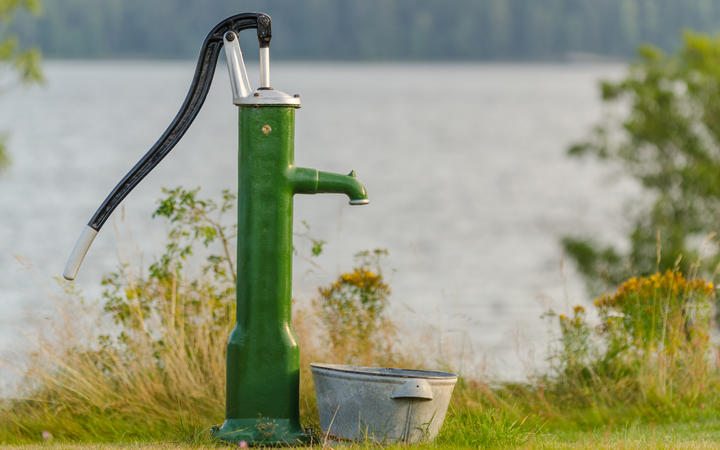 His concerns come after a Danish study of 2.5 million people which found a correlation between levels of nitrate in drinking water and rates of colorectal cancer in a population.

Speaking on Morning Report, Dr Humphrey said it was important for New Zealand to replicate the study due to its comparatively higher rates of colorectal cancer and intensive dairy practices.

"We're not at that stage [emergency] right now but as I say, what we need to be doing is thinking decades in advance as to what risks we're facing.

"Let's not put our community at risk by exposing them to nitrates in their drinking water.

"We have the data, we should be doing the research to understand the risk to New Zealanders."

The levels of nitrate in New Zealand drinking water were likely the result of farming run off from between 10 and 20 years ago, he said.

"What we're seeing ... is potentially in an increase in our nitrates for the next 10 or 20 years hence despite the best efforts of farmers to mitigate the run off from their farms."

He said he would not be surprised if the World Health Organisation decreased the allowable maximum of nitrates in drinking water.

In Canterbury, polluting nitrates were on the rise and risk maps the regional council was relying on were out of date, Forest and Bird said.

Using the council's own data, the environmental group created its own map, which it said showed an increasing number of private wells had nitrate levels above the safe standard for drinking water.

She said analysis done on test results since then showed an increase in the number of wells where it was unsafe to drink the water due to nitrate levels, in Hurunui, Ashburton and possibly Selwyn.

"Environmental and human health is at a crisis point.

"So the situation is dire and getting worse. And ECan's data shows that the risk to human and environmental health is increasing."

Forest and Bird said they had been unable to get full access to ECan's data, but what they had seen showed some wells that had been classified as safe now exceeded safe limits. 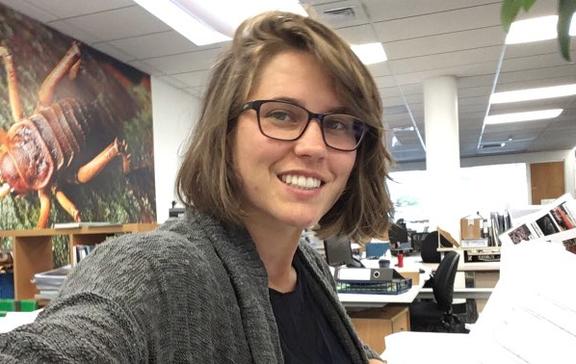 Forest and Bird freshwater advocate Annabeth Cohen says the risk to human and environmental health is increasing along with the rise of nitrate levels. Photo: Supplied

The council was not due to update its risk map until the end of this year, but Ms Cohen said this should be done immediately in order to reassure residents reliant on the wells.

"Updating the risk map is a start. The major focus though should be on turning this dire situation around. And that has to do with cutting cow numbers, reducing fertiliser use and and seriously curbing the use of irrigation in the area."

Mr Humphrey said the risk maps were used by midwives to inform new mothers if their drinking water had dangerously high nitrate levels that might cause the potentially fatal blue baby syndrome.

He would prefer to wait until the council released its risk map at the end of the year before unnecessarily alarming new mothers.

However, he agreed that nitrate levels across the region were increasing.

Even with new measures being introduced to restrict cow numbers, the benefits would take a long time to show up due to the 10 to 20-year lag time between when cow urine hit the ground and when it showed up as nitrates in drinking water. 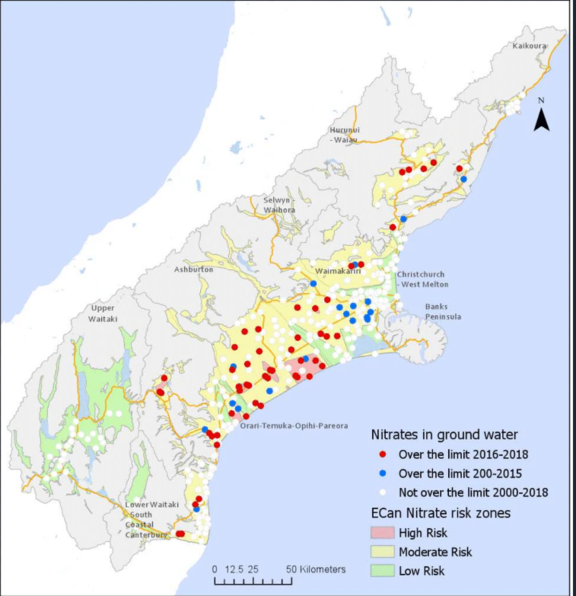 This meant things were going to get a lot worse before they got better, Mr Humphrey said.

"We have now more than 1.3 million dairy cattle in Canterbury alone. It's one of the densest dairy agro industrial plants in the world," he said.

Mr Humphrey recently spoke to the authors of a Danish study showing a link between very low nitrate levels and colorectal cancer, and said they were keen to see the same study carried out here.

Some people were already having to install private nitrate removal systems and internationally there were entire communities having to do so at the cost of up to $2000 per person.

ECan groundwater science manager Carl Hanson said Forest and Bird's analysis was not as thorough as the one the council did, and it would not be until the end of the year before people could see if there was a heightened risk for private wells.

However, Mr Hanson said the overall trend did show increasing nitrate levels across the region.

"That is something that I'm afraid to say we expect to continue for a while yet. And it is the reason that we have spent on a lot of effort over the last number of years developing limits on discharges from farming and other land use activities."

In reference to the Danish study, Mr Hanson said the levels attributed to an increased risk of cancer were often naturally occurring in waterways.