One of the men facing extradition alongside Kim Dotcom has finally gained a lawyer - who suggested to the Supreme Court that his client had been unfairly swept up in the case. 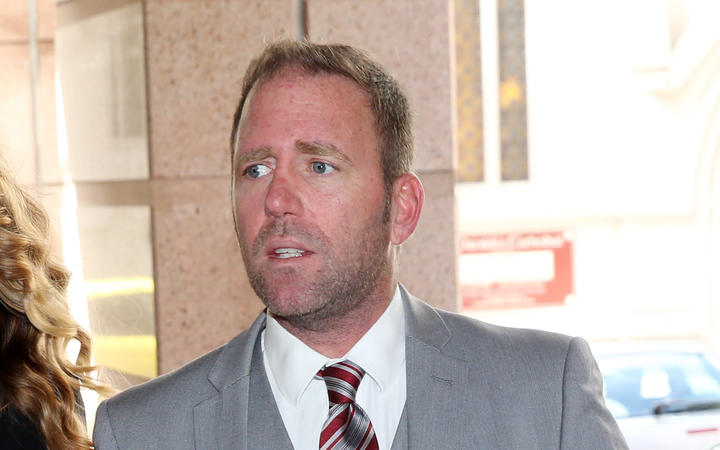 Former marketing manager for Megaupload Finn Batato at court for an extradition hearing in Auckland in 2015. Photo: AFP / Michael Bradley

Finn Batato was the marketing manager for Mr Dotcom's defunct file-sharing and storage site, Megupload, and was arrested along with Mr Dotcom and two other men, Bram van der Kolk and Mathias Ortmann, in January 2012.

The United States Department of Justice wants to extradite all four men to face criminal charges related to the website.

Unlike his three co-accused, Mr Batato did not hold shares in the company.

The three other men have been represented by senior criminal defence lawyers throughout the case.

However, Mr Batato has often not had a lawyer to represent him during the drawn-out extradition proceedings and instead represented himself, including during the district court hearing that found all four men eligible for surrender to the US.

The men have already lost appeals against that finding in the High Court and the Court of Appeal and are appealing to the Supreme Court this week. 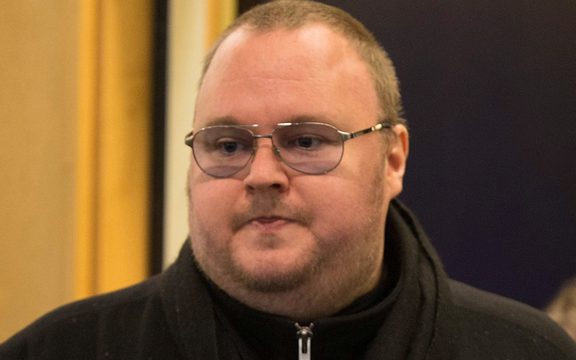 Auckland criminal defence barrister Anthony Rogers is now representing Mr Batato and seemed to suggest to the court his client had been unfairly swept up in the allegations.

"My concern is to focus on the position of Mr Batato, whose position I suspect has not been properly addressed by the courts below," he told the Supreme Court.

"My submission is that ... he did nothing other than what an employee in his position would have done. He did nothing beyond acting as an ordinary employee."

Mr Rogers drew attention to a section of the Crimes Act defining who counts as a party to a crime and said the courts, including the Court of Appeal, had failed to consider Mr Batato's position in relation to that part of the law.

It was more likely that Mr Batato, if extradited, might be offered some kind of plea deal once he arrived in the US instead.

Lengthy arguments from Kim Dotcom's team of lawyers stretched the patience of the five Supreme Court justices to breaking point on Wednesday afternoon. 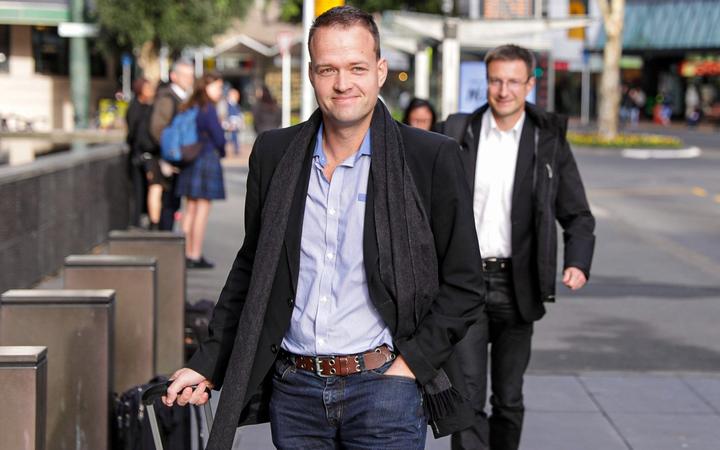 At the beginning of the hearing on Monday, Mr Dotcom's lawyer Ron Mansfield and the lawyer for two of his co-accused, Grant Illingworth, had agreed to limit their oral arguments to a day each.

Mr Illingworth's arguments ran for all of Monday and well into Tuesday afternoon, and even with a slightly earlier start on Wednesday, Mr Mansfield also ran over time.

After promising to finish by 3pm on Wednesday, Mr Mansfield was still on his feet at 3.15pm, prompting Chief Justice Helen Winkelmann to intervene.

"I'm asking you when you think you'll be finished? Because we said an hour [after lunch]."

She was unimpressed when Mr Mansfield said he would be another 15 minutes: "Well, that will be an hour and a half."

"At 3.30pm you're going to be asked to sit down, Mr Mansfield," Justice Winkelmann said. "I don't want to be unduly harsh but this has to end some time."

Justice Joe Williams also expressed impatience, asking Mr Mansfield to provide a written list of references rather than insisting on reading them out to the court.

As Mr Mansfield concluded his submissions, Justice Williams jokingly informed him he still had one minute left.

Unable to let the opportunity slip by, Mr Mansfield stayed at the lectern to labour one final point, which turned out to be an argument that the court had already refused to hear him on.

He concluded his submissions at 3.33pm.

Mr Mansfield told the court earlier on Wednesday that Megaupload and its owners, including Kim Dotcom, never encouraged illegal behaviour by their users and could not be held legally responsible for it.

"Files were uploaded at the direction of the user. The user decided who would receive the URL - it was the user who posted it on third-party sites," he said.

Megaupload received ongoing legal advice in three different countries about compliance and "never marketed itself as a site that you could go to, to upload or find infringing material".

That was in contrast to another defunct file-sharing site, Grokster, which the US Supreme Court found could be sued for inducing users to upload files that breached copyright, Mr Mansfield said.

"[Grokster] actively marketed itself as a site that users could go to to infringe. It was that aspect that found it liable."

Mr Mansfield noted that Grokster was only found to be civilly liable - not criminally.

He, along with fellow defence lawyer Grant Illingworth, has repeatedly argued that the behaviour unpinning all the US charges is breach of copyright and can therefore only be dealt with under the Copyright Act, as civil breaches.

New Zealand can only extradite people to face criminal allegations and therefore none of the men should be surrendered for extradition, their legal team argued.

Even if the behaviour the men were accused of fell under a very narrow set of criminal copyright offences, there was insufficient evidence to justify extradition to face trial, Mr Illingworth told the court earlier this week.