Yesterday, it was revealed that an Auckland University study found only 70 percent of Auckland's water fountains are drinkable and only two thirds of them were classed as clean. 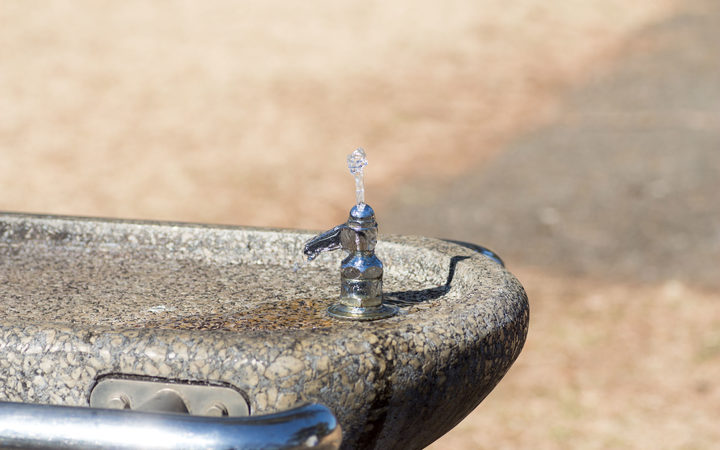 Tyla Goodsell-Matthews tested 282 public fountains and was assessing how drinkable the fountains were, looking at the flow and height of the water and also accessibility to the fountains.

Her assessment of how clean a water fountain was focused on levels of significant discolouration or mould within 1 centimetre of the spout and rubbish found in the fountains.

Is it possible to catch infections or be affected by germs when drinking from them?

"It is but they can be gastrointestinal diseases that are removed by water treatment. So the really important thing about drinking from a fountain is that generally they're designed so that your mouth isn't in contact with those pieces.

"You're supposed to basically push the button to turn it on and then the water gets up and you drink like that. So the important thing is to make sure that you're not sucking on the hose or something.

"And then just be careful ... you often end up getting water all over your mouth ... just make sure you use the back of your hands rather than the front of your hand that you used to turn on on the water.

If someone puts their mouth around the spout, does that make it more unclean for the next person drinking?

"The things that are in our mouth are probably unlikely to be causing an infection because the organisms that do cause infections are ones that can be in people's gastrointestinal tract. That's why we're supposed to wash our hands after it brings the toilet.

"And then it will be a concern if there are ... mould and things.

"Don't then touch your mouth with your hands afterwards."

Many of these public water drinking fountains are out in the open and the uncovered. What about things like birds perching on the spout or perhaps insects getting in there?

"It's something that I don't think is a big issue in countries like ours where the water treatment is done well. I think it's more important to say to stay hydrated, but just be careful about ... not coming into contact with the actual bits of metal and things that are bad."