A dam, a lime juicing plant and a Māori tourism venture are among 19 Hawke's Bay projects to receive $68 million dollars in cash from the Provincial Growth Fund. 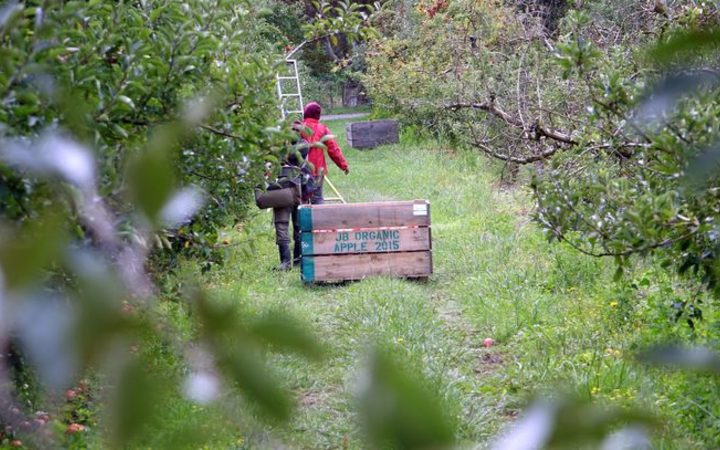 The bulk of the money will go towards developing or upgrading much-needed water infrastructure and transport links across the region, as well as in programmes that aim to get more people into work.

"Hawke's Bay is known for its rich farming and horticulture sectors but it faces challenges such as high youth unemployment, low wages and lower GDP per capita compared to the rest of New Zealand" New Zealand First MP Fletcher Tabuteau, who is also the undersecretary for regional economic development, said.

"The PGF is making a major investment in water with two water storage initiatives, an aquifer mapping project, and a region-wide water assessment project to better understand the region's wider water needs."

Environment Minister David Parker said the water storage projects were of a much smaller scale than previously proposed initiatives, like the rejected Ruataniwha Dam project.

Both projects will support horticultural production in the region by improving the security of water supply in dry years, Mr Parker said.

Unlike the prior Ruataniwha scheme, which relied on increasing cow and cattle numbers putting more pressure on water quality, these projects will assist the conversion of livestock farms to horticulture, Mr Tabuteau said.

Cabinet cannot continue to invest in water storage to put more dairy on the ground, he said.

Transport initiatives being announced would improve links within the region and between major transport hubs, key services and markets, making travel more time and cost efficient.

The local digital connectivity package would connect 11 Hawkes Bay marae to fast and reliable broadband to help them seize business and education opportunities.

Around $120,000 would be spent developing six Māori pā sites that surrounded Waipukurau into a tourist attraction.

Nearly $10m would go towards projects based in Wairoa, including road upgrades, developing Māori land and on programmes to get more people into work.

Lime grower and juicer, The Limery, would get a $355,000 loan to expand its production plant.

This would enable it to employ around three more people and give more high school students work experience, owner Dianne Downey said.

Mr Tabuteau says the $68m for Hawke's Bay was just a start and he anticipated further industry-led announcements in the coming months.

PGF investment into Hawkes Bay is as follows:

Overall, the PGF was investing $30.6 million into water security projects across the region, which will be administered by the Hawkes Bay Regional Council.