Recladding of a large rotting building housing acute medical services and patients at Middlemore Hospital is running into major problems early on. 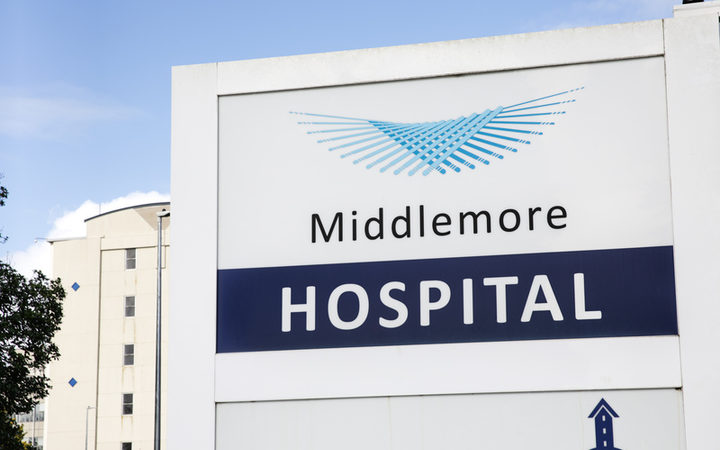 These include air leaks, significant rot in the timber frames, and a dispute looming over a likely substantial rise in costs.

The Scott Building is being reclad after years of inaction over rotting buildings by the Counties Manukau District Health Board, which was first warned about the problem in 2010.

It is the test case for recladding at least three other buildings, using what amounts to a world-first method of keeping patients and staff in the building while doing the sensitive work.

Tests have found the upper windows of the building are leaking air. These must be totally sealed as part of the work.

Separately, there has been concern that dangerous fungus and bacteria detected inside the walls may get into the building.

In a statement, Counties Manukau District Health Board said there was there was no association between air leakage testing of the windows and the presence of fungal growth in the walls.

"We have addressed the issue of air leakage testing, which is concerned with ensuring that moisture is not able to enter the building through the windows," it said in a statement.

"Patient safety is our number one priority and has not been compromised while remediation work is carried out. The buildings are performing as normal from an operational viewpoint and so far there has been minimal impact to patients."

Counties Manukau District Health Board's latest Hospital Advisory Committee report said a report from the manufacturer of the windows had been requested "to ascertain if the windows were air tested during building construction".

The report said a significant number of timbers had been marked for replacement. It had financial provision to replace 20 percent of timber but if more needed replacing it may have a financial impact.

Main contractor Hawkins is lodging a financial claim over delays in the starting recladding work and a change in the cladding.

Major work on the site started about a year after the contract was awarded.

The cladding type was changed as a consequence of the Grenfell Tower fire in London, which led to certain types of aluminium composite cladding falling foul of building authorities.

Long delays in starting were blamed on Auckland Council's consent processing and on Hawkins, in a report done for the DHB by a consultant in February.

The advisory committee report said the claim was yet to be presented, but was likely to be substantial. "The engineer to contract is seeking legal advice as to its contractual validity. If the claim gets validated through legal proceedings there may be a cost implication to CMDHB."

Hawkins originally built four of the now-rotting buildings at Middlemore, including the Scott, within the last two decades. The company is now under Australian ownership.

Documents show Hawkins pressured the DHB to agree in 2017 to a settlement of just $3m over the leaking Scott building, for work now estimated to cost $18m and rising. No other building is covered as they were outside the 10-year limit on claims by the time the board took action.