Ms Wall said none of the leaky building problems revealed by RNZ last week had been disclosed by the Counties Manukau District Health Board at its annual reviews with MPs earlier this year, or at previous annual reviews.

"A lot of people have been kept in the dark," the MP for Manurewa said.

She said the board must disclose the amount of settlement it reached with the builder, Hawkins.

That "full and final" confidential settlement is understood to be for $3 million, while the cost of fixing just one of the four leaking buildings is now $27.5m.

The board sued Hawkins, accusing it of poor workmanship.

"I would've thought that the Ministry of Health should have been aware," Ms Wall said. 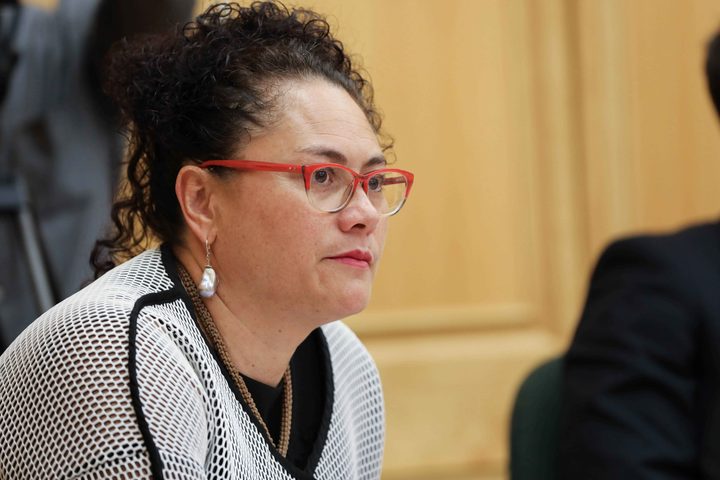 The ministry and the former Minister of Health Jonathan Coleman should reveal what they knew and when, she said.

The health board said that "reprioritisation of limited baseline capital funding has resulted in the sustained underinvestment in our facilities - we have an ageing building stock that has not been adequately maintained and is no longer fit for purpose".

The DHB has not introduced any safety measures or monitoring.

"There are no additional barriers or testing in place as the advice received to date does not require them," the board said.

"Certainly once works commence and walls are demolished the testing will commence."

Ms Wall said there was immediate need for air monitoring, checking of the walls, and barriers to stop cladding falling on anyone if it came loose from rotting frames.

"The experts are saying that these are the measures that should be implemented immediately."

She asked how it was possible without air-quality testing to know if the stachybotrus and other moulds were breaching the plasterboard wall.

Alexander & Co did not respond to RNZ's request to clarify its recommendations.

Ms Wall said she would seek a meeting with the health board when she got back to New Zealand from an overseas parliamentary visit.

She was present when its annual review was presented to a select committee this year, but said the leaky buildings "wasn't something discussed or that we were made aware of".

"It would've been part of the annual review if it was going to create such a huge issue - I mean, if any of those facilities close [for repairs] there's going to be a massive impact on the community."

The way it had been handled had magnified the issues, which revolved around underfunding of key hospital maintenance, she said.

Three other local MPs turned RNZ down for comment on behalf of their constituents.

MP for Tāmaki Makaurau Peeni Henare and Pacific Peoples Minister Su'a William Sio, who is MP for Mangere, referred all questions to the Health Minister.

The Health Minister's office said Dr Clark had nothing further to say ahead of a meeting this week with the DHB's chair.

National MP for Maungakiekie Denise Lee did not respond to requests for comment.