Four big Middlemore Hospital buildings that serve thousands of South Auckland people are full of rot and dangerous mould that could make staff and patients sick. 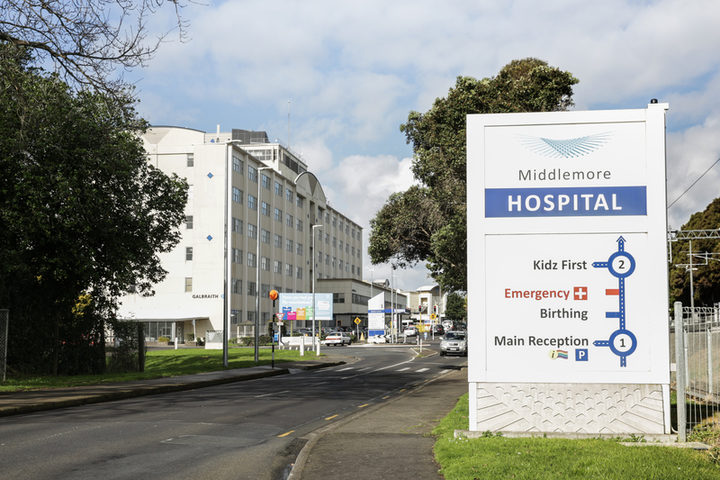 The rotten buildings include the children's hospital and the Manukau Superclinic and new documents show the decay is so bad it is in danger of breaching the walls and contaminating the air.

The Counties Manukau District Health Board faces a repair bill of tens of millions of dollars but says patient safety is not compromised so long as the fungal spores stay in the walls.

The documents also show the hospital's management have known for years the buildings were leaking but had not fixed them.

The information obtained under the Official Information Act includes an independent investigation report.

It has found significant fungus and bacteria inside the walls of four buildings - brown rot, fungus and Stachybotrys in multiple places.

Exposure to Stachybotrys can cause severe illness.

Ninety percent of the timber framing looked at in the Kidz First hospital is decaying, the wood soaked at up to 98 percent moisture levels. 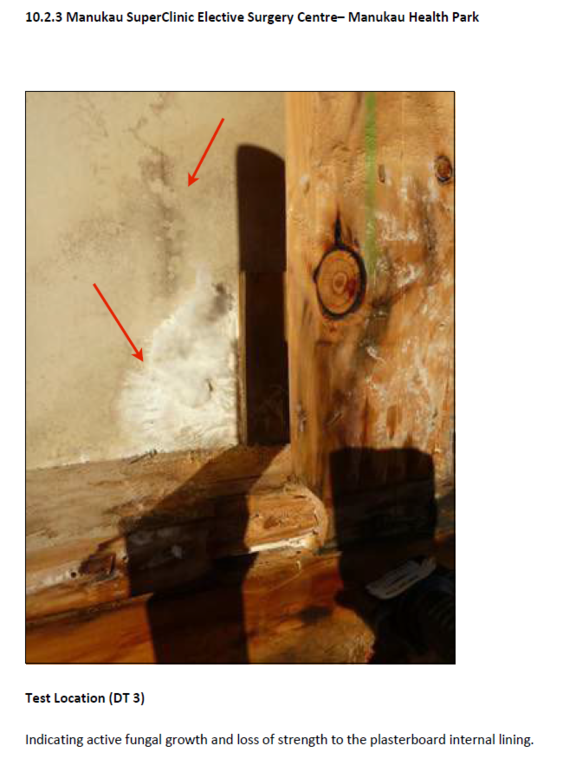 "The timeframes for repair are critical as the moisture damage of these buildings is in places close to breaching the internal linings," the report to the district health board by surveyors Alexander and Co, said.

"Ad-hoc emergency repairs are unlikely to be an acceptable option as they present a risk to patients and staff and will adversely affect the smooth operation of the facility."

If any walls were breached, it would have to vacate those areas, the Counties Manukau DHB acting chief executive Gloria Johnson said in a report to RNZ accompanying the OIA response.

"At this time, clinical expert advice is that provided the wall spaces are not open to ventilation into the hospital, or near to an air intake, patient safety is not compromised by the fungal growth found," she wrote.

The other "real" risk at all four buildings is the cladding will fall off and hit someone as fixings into the rotten frames fail.

It's understood a two square metre piece of heavy cladding fell off the Scott Building in 2012, which first raised the alarm about the leaks.

Three major buildings at Middlemore Hospital at Otahuhu are compromised: the Kidz First hospital, and the Scott and McIndoe buildings; plus the big Superclinic 8km south in Manukau. 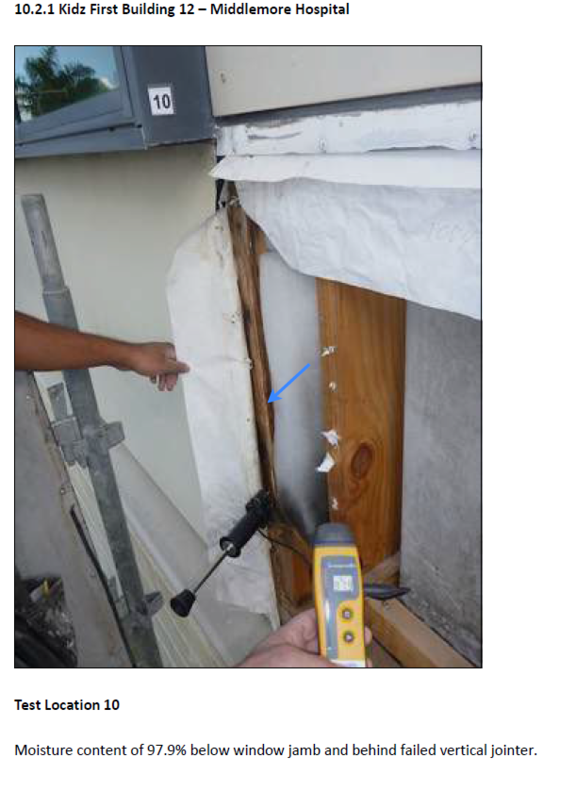 "In a few locations to the Kidz First Building and the Super Clinic Complex, the inner face of the plasterboard linings had been affected by fungal growth and this damage will readily transfer to the interior of the building in the short to medium term," the investigation report said.

The DHB wants to do all the repairs while everything is kept running.

"The key issue is the need for this to be undertaken with the buildings fully operational as an acute hospital facility," Ms Johnson said.

Only the McIndoe building has had much remedial work done on it - but its ambulance bay is one of the worst spots of all, with a "high" risk that cladding would fall off.

All four buildings were constructed between 1999 and 2001, in the heydey of the leaky building crisis, before law changes in 2004 banned the use of untreated timber framing in walls.

The other factor to the four leaky buildings was "shortfalls in build methods", the DHB said.

The major construction firm Hawkins both designed and built all four buildings, it said.

It reached a full and final settlement early last year, before the appraisal by Alexander and Co was done.

The board won't reveal the settlement amount, saying it was was confidential, even under the OIA.

The OIA shows the DHB was last year finalising a contract to repair the Scott Building with Hawkins.

In March last year, most of Hawkins' assets were bought by the Australian company Downer EDI. 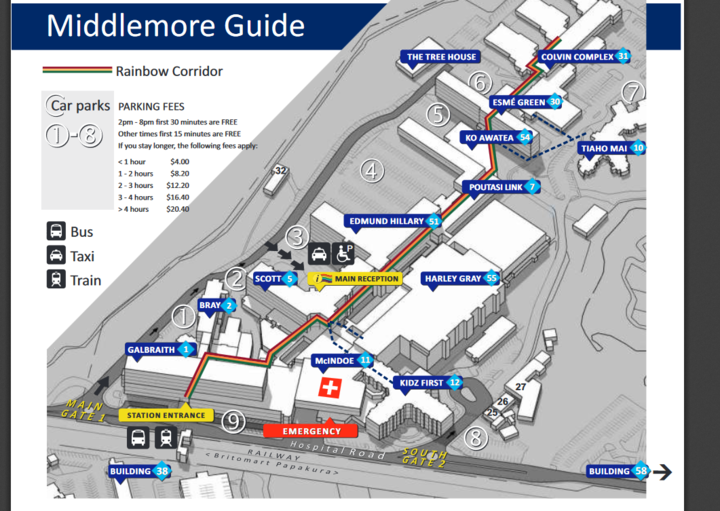 The hospital first knew back in 2012 there was a problem at Kidz First and the Scott Building; it was a year or two later it found out about the others.

In 2015 the board started getting reports, the OIA showed. The board is refusing to release the minutes of any of those meetings to RNZ, citing commercial, government and negotiation grounds.

Gloria Johnson got the Alexander and Co report in November last year.

An internal DHB report just 2 weeks ago rated the corporate risk to the DHB "certain" and "extreme".

It is unclear if all or any of that is happening. The chief executive notes only that safety monitoring measures are in place at the Scott building.

As for an overall fix, the OIA response shows multi-million dollar overhauls are now urgently needed.

"We understand that at least some patients and also staff will have a low resistance to mould contaminated building materials affecting the air quality. This factor alone may impact on the required urgency and timing of the repairs," Alexander and Co said.

But fixing the cladding is not scheduled to begin till July this year, and will not be finished until 2022.

Even at the worst-hit building, the Scott building, only the design phase has started.

The OIA response suggests the hospital hasn't yet hit on a way of doing the work, while safeguarding patients and staff and staying fully operational as an acute hospital.

South Auckland's health board is not saying what safety measures it has put in place at the four major hospital buildings with dangerous rot and mould in their walls.

The Counties Manukau DHB says monitoring is on place at one of the buildings, but it is not giving any details.