Four people who were shot in rural Waikato yesterday are believed to have driven injured along dark country roads for kilometres in a desperate bid to find medical help. 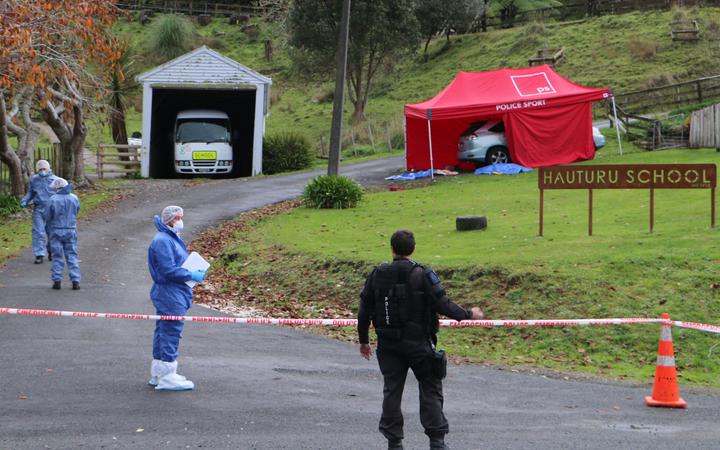 Police said one person died of their wounds, and three others were airlifted to hospital with moderate injuries.

They're all believed to have been shot sometime before 4am on Thursday in a rural settlement near Kawhia on the west coast.

Locals are trying to piece together exactly what happened in their community.

Bill Rogers, who works nearby, said the victims fled to the nearest residence for help, which was Hauturu School.

"They ended up at the school, that was the closest house to where the first crime scene was.

"The school teacher lives in the schoolhouse. I'd say the teacher and her husband would've been very, very scared to get a bash on the door at 4 o'clock in the morning. You don't expect that sort of stuff."

Police are speaking with one person, and are not seeking anyone else about what happened.

They are focusing on three areas of interest - the farm, the school, and a ute nearby - all spread out over kilometres of rolling hills and gravel driveways.

Mr Rogers said a lot of people had been coming into the shop to talk about the shootings - but no one knew exactly what happened.

"You don't get to someone's house and someone's farm without a reason and what that reason is, will come out in a wash.

"Whether it's a burglary, whether its a drug thing, a gang thing ... whatever."

Another man, who didn't want to be named, had a call from his children's school saying it was closed for the day - without offering a reason.

Berntsen Rd, where he lives, was completely blocked off on Thursday morning, as the police investigated a ute, which they later took away.

Police are urging anyone with information to contact them.