Two people are dead after a collision between a truck and car near Methven in Canterbury shortly before midday. 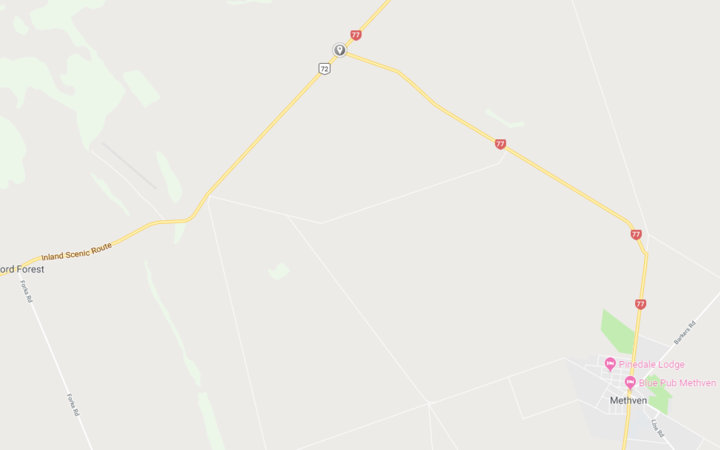 The site - at the intersection of State Highways 77 and 72 - has been blocked and diversions are in place.

Police said the two occupants of the car had died.

The driver of the truck had serious injuries and was flown to Christchurch Hospital after being cut free from his truck, they said.

The Serious Crash Unit has been advised.

Motorists were urged to avoid the intersection, which has been blocked with diversions in place. Police said the road was expected to be blocked for a while yet.

The Transport Agency warned that winter driving conditions were affecting roads around the South Island. Motorists travelling between Te Anau Downs and West Gate were urged to take care due to a higher risk of black ice.

Snow and ice has been reported on the Lindis Pass and there is ice on the road between Geraldine and Twizel.