A plan to farm salmon in a hydro lake on the South Island's West Coast has been dropped because the water is too warm. 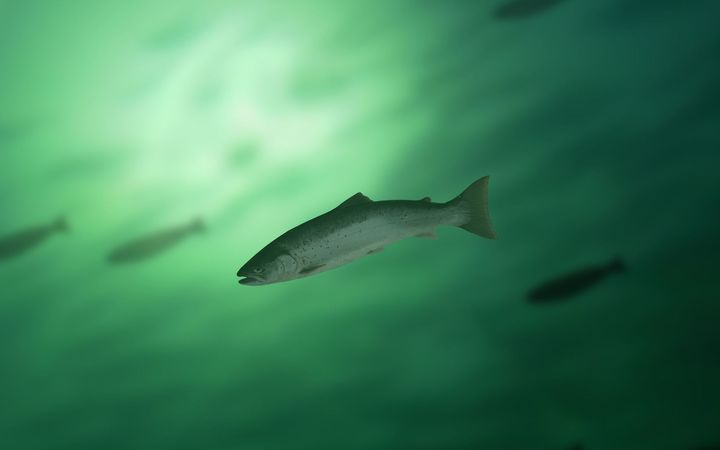 A plan to farm salmon in a West Coast hydro lake has been dropped Photo: 123rf.com

Greymouth fishing company Westfleet abandoned the idea after a year long trial on a hydro dam on the Arnold River fed by Lake Brunner.

Westfleet director Craig Boote said at the time they hoped to have a commercial operation up and running within 18 months.

Grey District Council had worked with the power company which owns the hydro dam to allow the trials.

Grey District mayor Tony Kokshoorn said the proposal had looked promising and it was unfortunate it was not able to go ahead.

"The idea of salmon here on the West Coast bolstering one of our processing factories here in Greymouth, had real prospects for employment."

"The Arnold River that comes out of Lake Brunner...the water temperature was just too warm to create the atmosphere for salmon."

Mr Kokshoorn said the trials had advanced to the stage the salmon were being grown from hatcheries on site, and had been taste-tested, but the science showed it was not viable.

"[Westfleet] haven't given up and they are looking around for other sites but at the moment it's a backward step."

The scheme had been eyed as a potential candidate for government help through the Provincial Growth Fund.

Regional Economic Development Minister Shane Jones, a former chair of Sealord, said at the time it was one of the more promising ideas to have emerged from the Coast in decades.

Mr Jones said today that aquaculture was a priority for the government and the Provincial Growth Fund.

"While I'm disappointed to hear Westfleet's plans are unlikely to eventuate, I would still like to see aquaculture proposals being put forward by the West Coast."

Salmon is farmed in Marlborough, Canterbury and Southland.