Actress Robyn Malcolm has been honoured as a Member of the New Zealand Order of Merit for services to television and theatre. 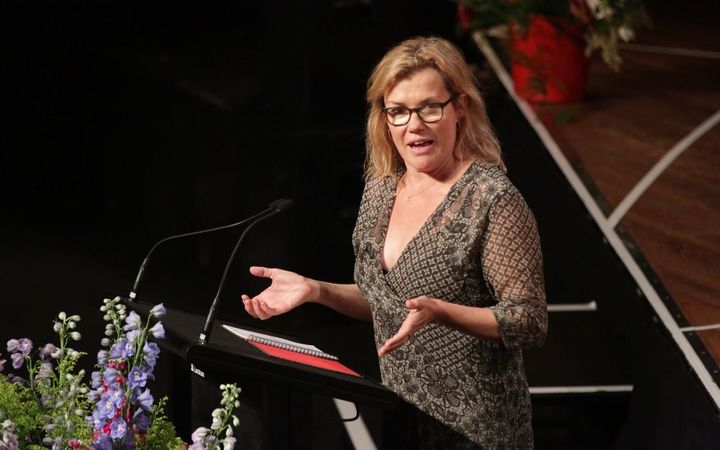 Best known for her role as Cheryl West in Outrageous Fortune, the 54-year-old has appeared in a number of other TV shows, movies and on stage.

Speaking from Serbia, where she's filming, Ms Malcolm said she was thrilled and "utterly blown away".

"I was in a very small caravan, in the country, about 40 minutes out of Belgrade, in the rain about to go jump on a horse and go into a battle, so my brain was a very long way away," she said

She said acting was the best job in the world, and to be part of a community of story tellers was a privilege.

"We're always full of stories, even if we're just re-telling something that happened a couple of hours ago, most people put some kind of spin on that, for the sake of a story.

"It's so that we can reflect on who we are. Sometimes it's difficult to reflect on who you are when you're faced with news all the time. But story allows people to stop, and breathe, and think, and reflect from a different angle, and that's what I consider I've been a part of.

"It was such a privilege to be a part of that. It was so deeply Kiwi and I loved that so much.

"After having done this for 30 years, I still love it as much as I do when I started at drama school."