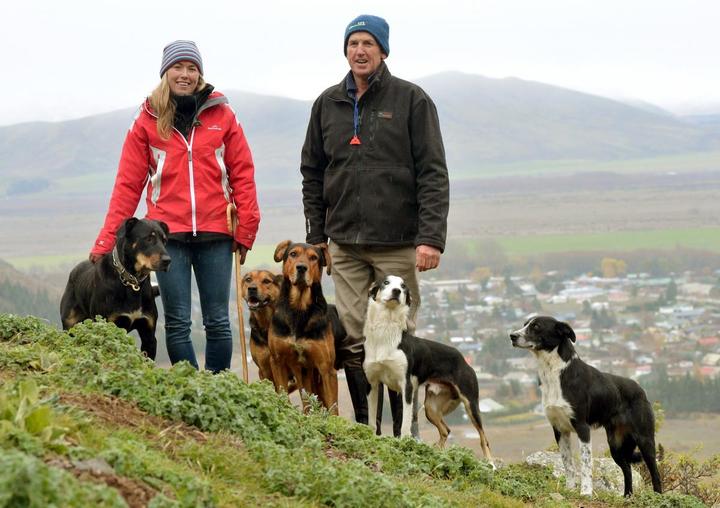 It was an all-male final, apart from Miss Tweed, who topped the first round with 97 points to clinch the North Island title, and then won the run-off with 95.5 points to secure the national title.

As she travelled home yesterday to North Canterbury, where she works as a stock manager, she admitted the enormity of her win had not sunk in yet.

"It's pretty unreal to be honest," she said.

Asked how she coped with any nerves, she acknowledged she was "pretty nervous" when she walked out to the mark for the run-off.

"As soon as I started running my dog, I just did my thing and away we went," she said.

Miss Tweed comes from Waitahuna, where her father Roger is also a successful triallist. She started dog-trialling when she was still at school.

In 2016, when the Tweed father-and-daughter were competing at the New Zealand championships at Omarama, Mr Tweed said that while Gemma had been his most successful dog in terms of wins, he believed her offspring could be even better. At that time, Mr Tweed said he believed Grit was "as good as there is".

Grit, who is just over 5 and a-half, had been an easy dog to train.

"He just wants to be good for you really," Miss Tweed said.

Her father was not at the championships but was "pretty chuffed" when he heard the news.

It has been a stellar month for female triallists in what has traditionally been a male-dominated sport.

At the South Island championships at Hanmer Springs, the zig zag hunt was won by Jo Waugh, of Matawai (near Gisborne), the first woman to win an island title.

Steph Tweed was third in that event with Grit's daughter Lou. Rebecca Baynes (Wairoa) was sixth.

This story was first published on the Otago Daily Times.