Hundreds of staff at Farmers retail stores around the country have walked off the job in protest at low wages and the company's performance pay system.

Picket lines are being formed outside many stores in around Auckland, Hamilton and Wellington on Thursday lunchtime.

In Auckland, stores in Albany, the North West Shopping Mall and Papakura will be picketed.

Thursday is Farmers sale day, so FIRST Union, which represents about 40 percent of the company's staff, expected the strike to have a maximum impact.

The industrial action is part of a fortnight of protests that started last week with staff defying the uniform policy and leafleting customers about their complaints. 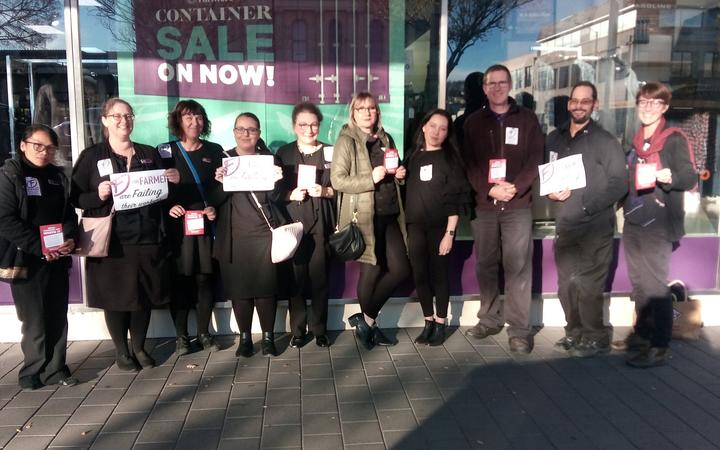 Other protests included work-to-rule action and wearing of an 'F' for Farmers t-shirts while working.

"It's the only major retail company in New Zealand that links performance to pay like this and staff feel it's just a sneaky way to keep their wages down."

Staff had struggled with the performance pay grading for years, she said.

"The perception that it's a family brand that looks after its workers, that it's an upmarket brand just isn't true.

"The wages at Farmers are not liveable and fall well behind other retail brands, including some supermarkets," she said.

The company which owned Farmers, James Pascoe Limited, has told RNZ it has no comment to make at this time.