Retail workers at two Farmers stores in Auckland are striking today in protest at what a union says is the company's refusal to provide a living wage. 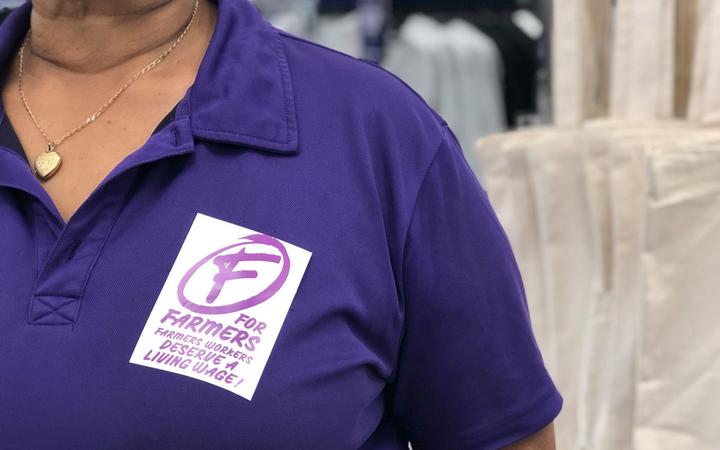 It is part of two weeks of industrial action which includes walk-outs, not wearing uniforms, and donning badges that give the company an 'F' for its performance as an employer.

First Union spokesperson Tali Williams said many of the workers have decades of experience but were still paid the minimum wage.

She said 40 percent of Farmers' retail staff were union members and today's walk outs would have an impact in Botany, Manukau and Pukekohe.

"Farmers workers are trying to draw the attention to the public of the low wages that they are on.

"Particularly with a company like Farmers that presents itself as a high-class company with family values."

Ms Williams said the performance pay system for retail workers was unfair and kept wages down.

The James Pascoe Group, which owns Farmers, has declined to comment.