The Auckland Harbour Bridge opened to traffic 60 years ago today.

It revolutionised Auckland, by connecting the city to the North Shore, which otherwise was only accessible by ferry or a 50km car journey. 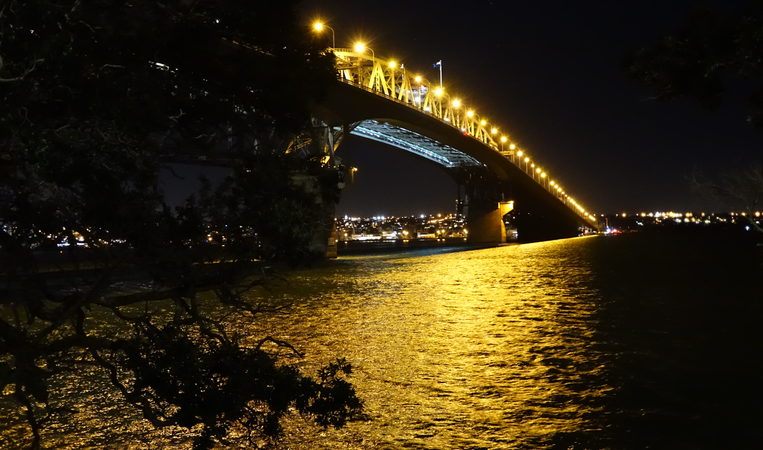 Then governor-general Lord Cobham and then prime minister Walter Nash, opened it on a sunny, windy Autumn Saturday, to the delight of those who'd lined up to be one of the first across.

The then-four lane bridge cost about £NZ7.5 million ($NZ24 million today). The toll cost two shillings and sixpence, about $4.70 now, and the bridge was made free to use in 1984.

This rose every year, and it became clear the bridge couldn't account for the rapid growth.

Four additional lanes - the "clip-ons" - were needed, which were finished in 1969. Now, more than 170,000 vehicles use the bridge each day, and more than a billion have used it in total.

A moveable lane barrier was added in 1990 to prevent head-on car crashes and improve rush hour flows. The barrier allows the bridge to accommodate five lanes in one direction, which is then switched for the evening rush hour.

Infrastructure New Zealand chief executive Stephen Selwood said the bridge defined the future growth of Auckland, and it was a city-shaping feat of engineering. For a small country, he said, building a bridge of this scale was a big achievement.

"But in typical New Zealand way, we thought we couldn't afford it. So we penny-pinched a little, and built a bridge that was far too small for the growth it actually enabled," Mr Selwood said.

"Fortunately, with Japanese ingenuity and experience, we were able to put on the, colloquially 'Nippon clip-ons', and transform the bridge."

Mr Selwood said the bridge essentially opened up a new city - the North Shore - where the population quadrupled in the 50 years afterwards.

"I think it characterises the time of the 50s when we were in nation building for the country. With our post-war significant growth, [we had] the vision and passion to actually build major infrastructure. Sadly in today's context, we tend to wring our hands and defer decisions that actually could be nation-building and city-shaping."

A celebratory, family-friendly light show will run every night till Monday for five minutes each half hour, from 6pm to 10pm.

The Vector-run show uses 90,000 LED lights on the bridge and can be viewed best from these spots: