A man suffered life-threatening injuries after being struck in the face and hitting his head on the ground at a petrol station north of Auckland last night. 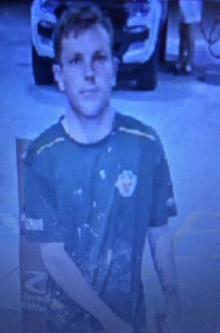 Police were seeking this man about the incident. Photo: Supplied / NZ Police

A police statement said two men got into an argument at the petrol station in Silverdale at about 6.30pm.

The victim approached the other man and was hit in the face, falling and hitting his head.

The other man put the victim into the recovery position before leaving the petrol station.

He is now in a serious but stable condition in Auckland Hospital after undergoing surgery.

Police released a photo of a man they were seeking over the incident, although he has now been identified and is helping police with their enquiries.