The Corrections Department is hiring an independent consultant to review the workplace culture at Spring Hill Prison in Waikato. 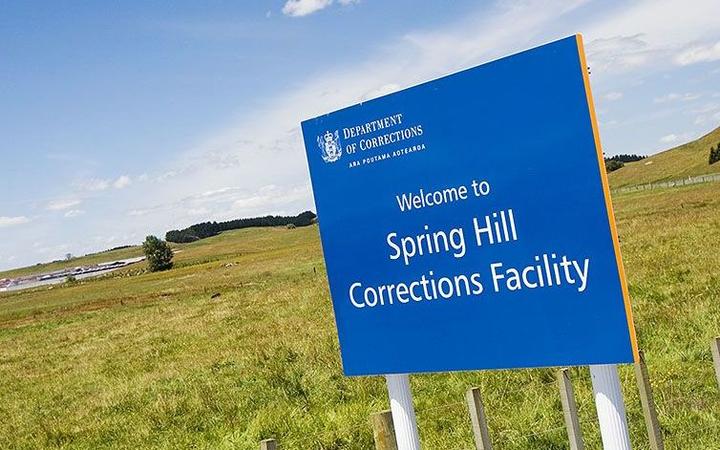 The review is in response to concerns raised by two unions representing prison guards, the Public Service Association and the Corrections Association of New Zealand.

Corrections Association president Alan Whitley said members had been worried about workplace bullying and how it was addressed.

"We considered it was right to take a proactive approach and carry out an independent review of the culture in the region to learn how we can continue to build good practice," he said.

Consultancy service Human-Kind will be speaking in confidence to members of the leadership team, Corrections Department national and regional commissioners, and prison staff.

The consultants will look at workplace culture, leadership behaviours, how well staff are supported to report concerns, and the timeliness of investigations.

The review is expected to take up to four weeks and aims to clarify areas where improvement is needed.

Mr Waggott said corrections promoted a culture which encouraged all staff to speak up if they were concerned about bullying or harassment.

A meeting between the regional commissioner and the management team at the prison was held in July last year to improve their practice.

Mr Waggott said since that meeting, the management team had been working together better and their communication had improved.

"Additional support was also put in place for the team, including an external coach, to further develop and support their leadership capability," he said.

"I understand that the team has moved a very long way from where they were mid last year."

The prison has been plagued with problems over recent years.

In 2017, one in three inmates surveyed at the prison claimed they were assaulted inside, but most assaults were not reported to the Corrections Department.

Many inmates did not tell guards, because they had no confidence in the staff, according to Chief Ombudsman Peter Boshier's inspection report.

The report said increases in prisoner numbers due to the introduction of remand prisoners left staff stretched, placing systems and governance under pressure.

Spring Hill is one of the country's largest prisons and is designed differently to traditional prisons.

A secure perimeter fence encloses a large open space, with separate buildings for accommodation and services.