The Crusaders boss is continuing to back team players accused of inappropriate and homophobic behaviour, and says the club looks forward to evidence coming out to clear their names. 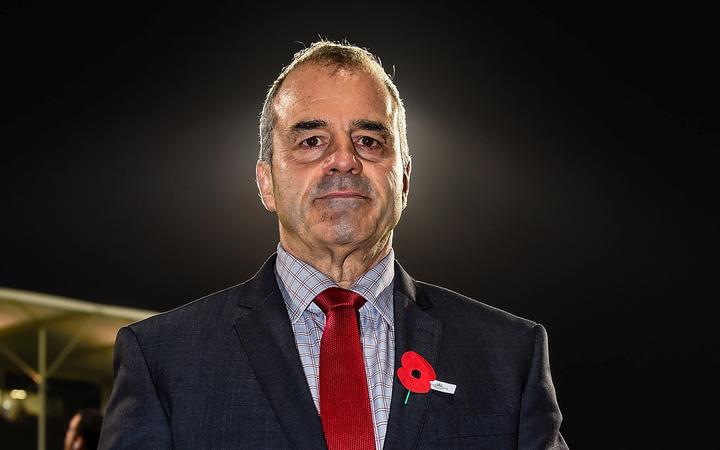 New Zealand Rugby and the Crusaders have brought in lawyer Steph Dyhrberg to investigate the claims that emerged following separate late-night incidents while the Crusaders were in South Africa this month.

New Zealand Rugby and the Crusaders say they are treating the allegations seriously - though they clash with the players' own version of events.

The first incident allegedly occurred in a Cape Town bar during the weekend of 11 and 12 May after the team arrived in the city following their game against the Bulls in Pretoria on Friday night (South African time).

A woman says Crusaders and All Blacks first five Richie Mo'unga spat beer at her and inappropriately touched her.

A group of men say they were mocked and homophobic comments were made about them by a group of players, including Bridge, while in a McDonald's restaurant.

The players at the centre of the allegations have denied any wrongdoing and Crusaders chief executive Colin Mansbridge said their accounts were very different to those of the complainants.

Mr Mansbridge told Morning Report he remained confident in the accounts the players had given that they had done nothing wrong.

But he said it was decided an investigation was needed once the story picked up steam in social media and in the news.

"It didn't really matter how much defence I did of the players involved.

"There was a bit of a 'he-said he-said' situation ... [and] we thought it was best to get somebody independent to have a look at it."

He said he heard the interviews with complainants yesterday on Morning Report and it seemed to him that the person was explaining how difficult it was to live in South Africa as a member of the LGBTQI community.

However, nothing they told the programme "was compelling to make me disbelieve what the players have said".

Mr Mansbridge said it was yet to receive formal complaints, but the club has been in contact with both parties and is working to facilitate getting their complaints directly to Ms Dyhrberg.

The club and the players would "desperately" like to get hold of CCTV footage of the incident in McDonald's to clear their names, he said, and they've put in a request with police.