Police are yet to charge anyone with breaching name suppression of the man accused of murdering British backpacker Grace Millane.

The trial of the man accused of killing English backpacker Grace Millane is due to begin in November. Photo: Supplied / Facebook

In the days after his first court appearance, top lawyers, judges and police warned the public that naming the man while there was a suppression order in place was illegal.

Despite this, his name and photograph circulated on social media, prompting police to make inquiries that haven't resulted in any charges.

It had been nine days since Ms Millane went missing. She had been last seen in Auckland's CBD on the eve of her 22nd birthday.

A high-profile police search, eclipsed by her father's heartfelt plea for information, ended with the discovery of her body in the Waitākere Ranges.

The accused's lawyer Ian Brookie fought - and failed - to get name suppression for his client.

But Mr Brookie immediately signalled an appeal, keeping the man's name secret until name suppression could be argued in the High Court.

Despite this, a number of people took the law into their own hands, outing the accused on social media.

Someone sitting in the courtroom's public gallery took a photo of the man and published it online, alongside his name.

It was shared by others, once with the words: "You don't deserve name suppression. Scumbag."

RNZ asked police if they had laid any charges in February. In a written response, they said one person had been warned and enquiries into other incidents were ongoing. 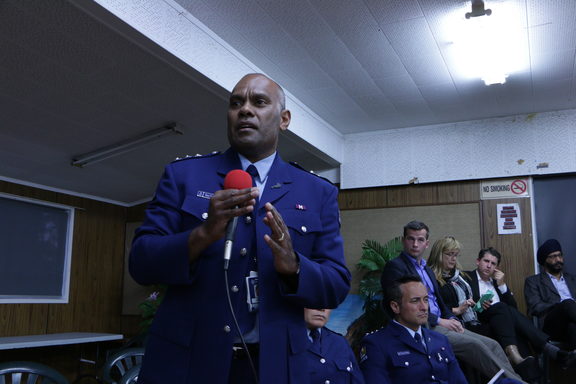 "We have conducted a number of enquiries in the matter you have referred to. These have been lengthy and thorough.

"At this stage there has been insufficient evidence to proceed with a prosecution, however, the investigation is ongoing. Police will assess any new information that comes to hand."

Mr Vakaruru said sufficient evidence was needed to charge and prosecute someone.

"As with any investigation, police need to apply the Solicitor General's guidelines regarding the decision to prosecute, which includes an evidential sufficiency test whereby the evidence presented in court must be sufficient to provide a reasonable prospect of conviction."

Detective Inspector Scott Beard, who led the investigation into Ms Millane's appearance, was prompted to warn the public about breaching suppression the day the accused first appeared.

And when the man first appeared in the High Court in January Justice Moore issued a stern warning to those sitting in the public gallery.

The judge said police and security staff were carefully watching for the use of cellphones in light of the photo taken at the first appearance.

Canterbury University law professor and media law expert Ursula Cheer said she was surprised noone has been charged over it.

"It sounds as though there is quite strong evidence in this case that there were some clear breaches and I would have expected the police would prosecute someone to make an example of them."

Under the Criminal Procedure Act, a person can be charged with breaching name suppression if they either knowingly or recklessly publish identifying details or simply publish them.

If identifying details are published knowingly or recklessly an offender can face up to six months in jail or a company can be fined up to $100,000. 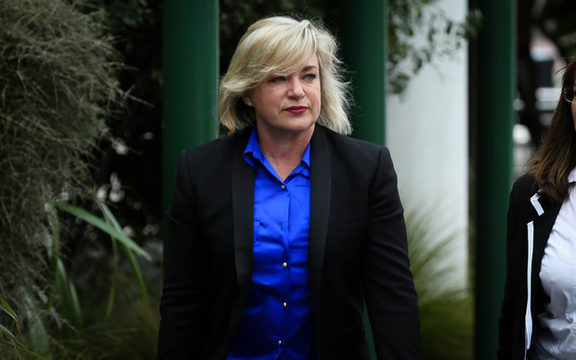 Bar Association president Kate Davenport QC publicly called on people to stop sharing the accused's identity out of concern his trial might be compromised.

Five months down the track, she said she has no idea why the police haven't laid any charges.

"I understand that there was a lot of interest in the story and because Grace was a visitor to New Zealand when she was tragically killed but the flouting of our suppression laws does seem very unfortunate."

She said if people had breached name suppression they needed to be held to account. "Having someone breach it and be prosecuted for it would put squarely in the spotlight the reasons that name suppression is so important and why we actually should comply with it."

Ms Cheer said the rise of social media had made it harder for the police to identify and charge offenders.

She said while prosecutions are unusual they do remind the public that breaching a suppression order is an offence.

"The public have an impression that someone who gets suppression is somehow getting away with things and that justice hasn't been done but of course the whole purpose of suppression is to preserve the ability of the criminal justice system to do justice... unless that process can run through until the end then justice may never be done."

The accused has kept his name secret for now after successfully appealing to the High Court. He will stand trial in November.