The Crown has opened its case against a man accused of stealing more than a million dollars from a Far North Māori Trust. 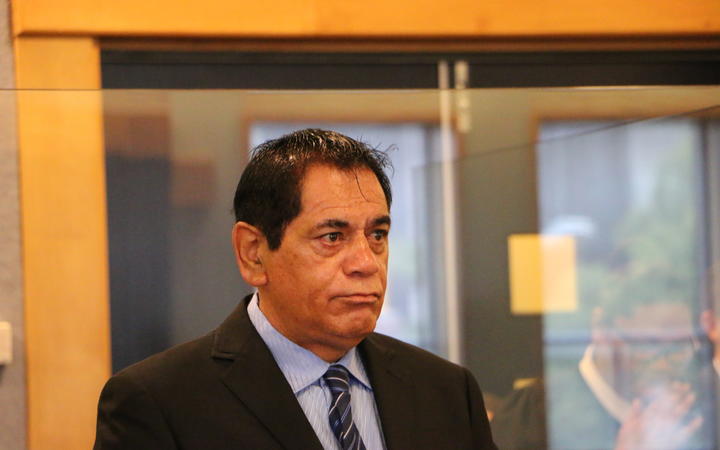 Stephen James Henare, 61, is on trial in the High Court at Auckland. Photo: Photo / Anneke Smith

Stephen James Henare, 61, is on trial in the High Court at Auckland after pleading not guilty to five charges of theft by person in a special relationship and one charge of attempting to pervert the course of justice.

Mr Henare was a trustee of the Parengarenga 3G Trust when he allegedly stole $1.1 million, intended for forest management.

The Trust, known as the P3G Trust, manages a 512ha forestry block of Māori land in the Far North's Taitokerau District.

This morning Crown prosecutor Mike Heron QC told the jury the defendant and his sister Margaret Dixon were appointed as trustees in June 2012 and less than a year later the trust's bank account had been emptied.

"Once Mr Henare and his family, or certain members of it, took power he spent all of that million dollars in just under a year. He spent it contrary to the terms of the trust and without authorisation; in fact much of it on himself.

"The trust at the end of that could no longer afford to maintain its forests and therefore losing even more value than just the money. It's a very sad tale, I'm afraid to say.'

He told the jury Dixon had been prosecuted by the Serious Fraud Office and would be called as a Crown witness.

"She will come and give evidence here and explain to you that she pleaded guilty to her part in this offending. She is serving her sentence in accordance with law."

It's the Crown's case that both Mr Henare and Dixon jointly misappropriated the trust's funds in instalments that totalled more than $1 million.

"They abused their positions as responsible trustees of this trust and they misapplied the money, the more-than-$1 million, contrary to what they were authorised to,' Mr Heron QC said.

Mr Henare is accused of transferring funds into his family trust, his personal bank account, Dixon's bank account and her family trust between August 2012 and July 2013.

The court heard $100,000 was also transferred to a start-up company run by Mr Henare's acquaintance as an investment.

"It may have been a dream, it may have been an idea that perhaps had some prospects but it certainly wasn't an investment suitable for a trust of this kind. In fact none of the other trustees knew anything about this investment," the prosecutor said.

Mr Henare is also accused of lying to the Māori Land Court when a fellow trustee applied to have him removed from his role at Parengarenga 3G Trust.

"When he came before the court in January 2013 [he was asked about the money] because in August of 2012 the $1 million had been paid into this account.

"Mr Henare and Dixon told the court that there was a $1 million or so on deposit. In fact at that time there was much, much less. Over $400,000 had already gone out of the account."

Mr Heron QC said when the trust ran out of money in July 2013, Mr Henare sold its carbon credits and almost immediately transferred the money into his own account.

The prosecutor said after $1.1 million was taken out of the trust's account there was only $150 remaining.

"The tragedy of course is the money was there to fulfil the objects and terms of the trust and to ensure the primary asset, the forestry land, was sustained, developed and harvested. You'll hear from the forestry managers that that ought to have resulted in more than $3.5 million over time."

His trial before Justice Muir and a jury is set down for three weeks.