The National Party is accusing the Environment Minister David Parker of washing his hands of investigations into firefighting foam contamination. 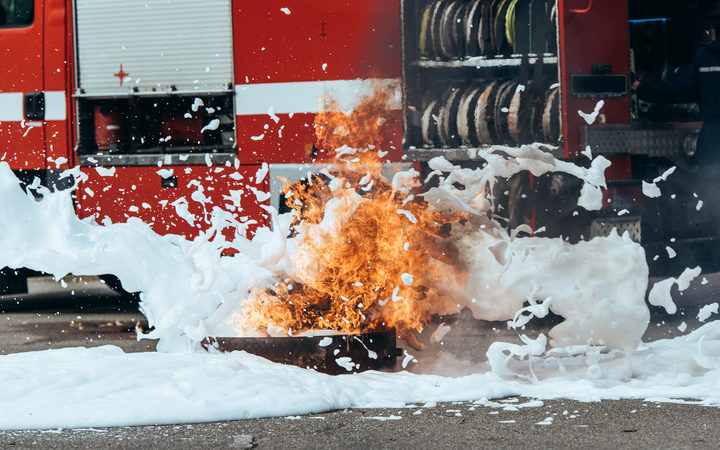 There will not be any extra funding in the 2019-20 year for the nationwide investigations that have detected PFAS chemical contamination in water and soil at varying levels in Northland, Auckland, Taranaki, Manawatu, Marlborough and Canterbury.

"It's disappointing the Government has turned off the money tap just as we were developing a better understanding of the toxic impacts," National's Environment spokesperson Scott Simpson said in a statement.

The initial response was encouraging, he said. After the Defence Force revealed the contamination around its bases in late 2017 - after keeping quiet about it for more than two years - an all-of-government response was set up with a budget of $1.5 million.

"It seemed the Government would take this matter seriously but now that's looking like it was just a meaningless gesture to buy time so the costs and risks could be pushed onto local ... ratepayers instead," Mr Simpsaid said.

In the coming financial year agencies will have to pay for work out of their baseline funding.

While investigations are still going on at Defence, and Fire and Emergency, most of the load for future investigations or clean-up appears set to fall to regional councils.

The costs can be high. A community water scheme to remove farmers' and households' reliance on contaminated water around Ohakea airbase has been estimated to cost almost $13m.

The Defence Force has spent about $8m so far on PFAS investigations.

This pales beside costs overseas: In Australia, for example, one tranche of new research into how to clean up water is costing $3m alone.

In Scandinavia, an official estimate is that the costs to human health in Europe could amount to $88-$140 billion a year, unless action is taken.

The study for the Nordic Council, an inter-parliamentary cooperation forum among Nordic countries, refers to kidney cancer, low birth weight, infection and hypertension.