The government's pledge of $320m over four years to stem family and sexual violence is only a start but the money is being spent in sensible ways, the head of Women's Refuge says. 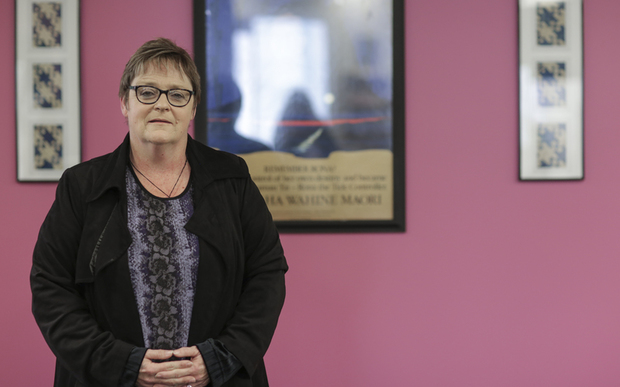 The package will fund the expansion of a police-led initiative on family violence prevention, a kaupapa Māori response to sexual violence, and changes to the justice system which include the use of video victim statements and specialist training for lawyers.

"It's a response that's actually led by Māori, for the women and the children - and the men - that are entering that service. It comes from a world view that his holistic, that is based on whānau."

She said the $40m for prevention represented the first significant investment in prevention programmes in New Zealand. "So that is a really good start."

"How long have we been talking about this stuff - 40, 50 years? - and we haven't noticed any downturn. We need to keep trying. We have so many promising initiatives.

"The money's being spent in very sensible ways - in educating lawyers and judges around the realities of what [sexual and family violence] means. We see very uneven uneven judicial responses."

The police response was better than it ever was, but still uneven, so further money for police training was also sensible, she said.

The package provided money for sexual violence crisis support services operating 24/7 for up to 2800 children and young people every year, plus an additional 7700 adult victims and survivors from next year.

Jan Logie, parliamentary under-secretary for justice with responsibilities for sexual and domestic violence, said that included the existing phone line, Safe To Talk, and an expansion of community-based counselling and social work services.

Many of the community services had been at risk of closing due to extreme funding pressure, she said.

"To be able to see the point we're getting to fully funding them - an investment of $131m over four years - this will make a difference for survivors in our community."

The Integrated Safety Response (ISR), set up in 2016, has police refer every family violence callout to a team of government agencies which share information, assess risk and set up a safety plan. It operates in Christchurch and Hamilton and the funding announced yesterday would expand it to Gisborne, Counties Manukau and Kaitaia.

Ms Logie said it had had a significant impact and the government's package was committed to building it up in every community.

Government agencies would develop a national strategy on ending violence and targets would be set and scrutinised by parliament and select committees, Ms Logie said.

Dr Jury said the joint venture had the potential to bring things together. "We have ministries that are working often on extremely good pieces of work but then a ministry next door is doing something that's very similar or needs to connect up and they tend not to do so.