A man has died after he was severely burned in a fire that broke out above a truck rental shop in south Auckland this morning. 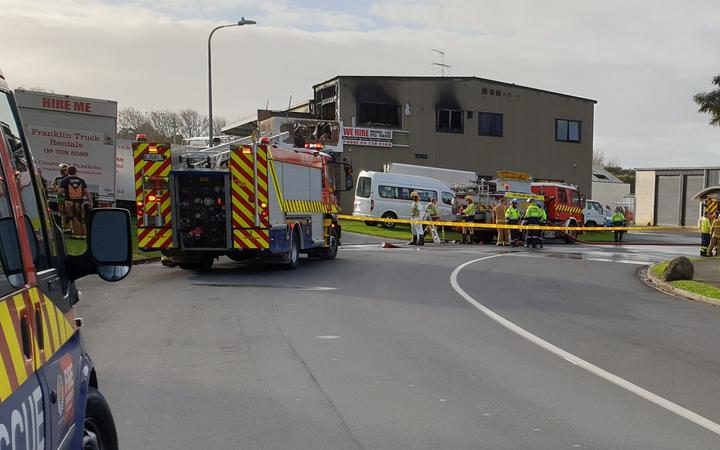 The scene of a fire at a Pukekohe truck rental shop which left one person critically injured. Photo: RNZ / Gill Bonnett

Fire crews were called just before 7am to the blaze in the second floor of the building on Crosbie Road in Pukekohe.

A man was taken by helicopter to Middlemore Hospital in a critical condition, but police have confirmed he has since died.

Several St John ambulances were also at the scene.

"We had one person with severe burns, status two, that we got out of the building," he said.

"They're doing another search to make sure there's no-one else in the building."

Fire and Emergency received many calls about the blaze.

Fire and police investigators remain at the scene, and are working to determine the cause of the blaze.