Air New Zealand is investigating why one of its planes hit a light on the edge of the runway while taking off from Christchurch last month. 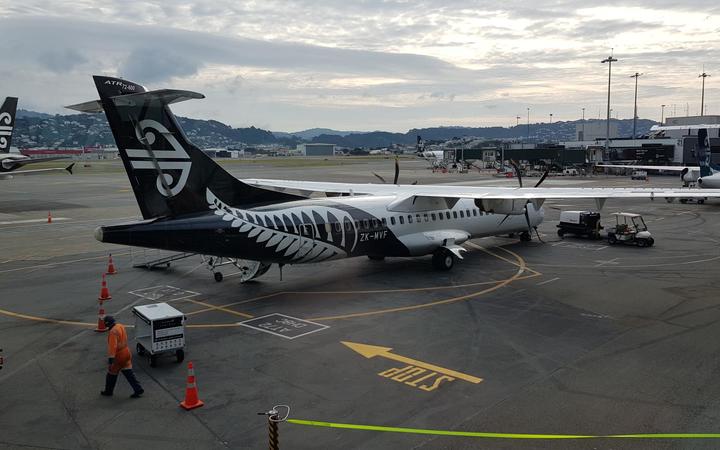 The ATR 72 turned back to Christchurch after about 20 minutes so engineers could inspect the plane.

After a similar incident in 2013, the Transport Accident Investigation Commission said hitting the edge lights was a serious but rare type of runway excursion.

It said that when preparing to take off, pilots must make sure they line their aircraft up in the middle of runway.

The Civil Aviation Authority (CAA) said pilots did not "intentionally take off on the edge of the runway".

The investigation would likely focus on why the pilots got confused about their position, the authority said.

The airline declined to say whether the pilots were stood down following the incident.

The CAA said the airline did not have to release the report publicly, but the authority would "independently monitor and assess this airline's response to confirm appropriate action has been taken to ensure public safety".

Christchurch Airport would not respond to RNZ's questions about the location and height of the lights, citing the investigation.

Meanwhile, the brand new engines on the airline's latest jets are already having gear box parts replaced amid fears the problem could lead to engines shutting down.

The issue affects the airline's eight Airbus A320neo and A321neo, the first of which was delivered in November. Neo stands for 'new engine option'.

The Pratt and Whitney geared turbofan engines, which took 20 years and $US10 billion to develop, were marketed as a game-changer, promising significant reductions in fuel-use, emissions and noise.

But they have been beset by problems, including warped rotor blades and leaky seals since their introduction in 2016.

Air New Zealand said it was replacing the part as a preventative measure and the work should be complete within a fortnight.

"We have not experienced any engine problems in our fleet as a result of this issue and the additional maintenance has not impacted our schedule in any way," the airline said.

The Civil Aviation Authority said the early failure of the gearbox had led to in-flight engine shutdowns around the world, but "this issue has not to date affected any New Zealand-based aircraft".

With the parts now being replaced there was no need to restrict the aircraft's operations, particularly over water, the CAA said.