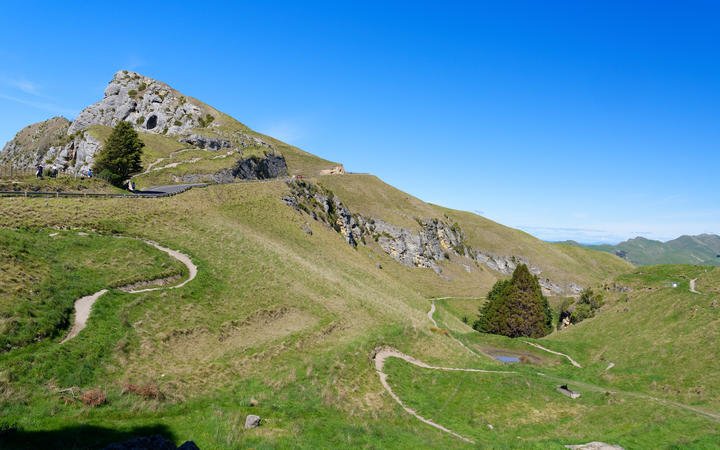 A view from Te Mata Peak in Hawke's Bay, where the council wants to remove a controversial track. Photo: 123rf

On 11 June, independent commissioners will hear the council's application for resource consent to remove the track built by Craggy Range winery and to restore the landscape.

Twenty-six submissions were received and 90 percent were in favour of the plan, Ms Hazlehurst said.

"I am pleased with the community response on options to remediate the Craggy Range track. I'm looking forward to this process when everyone will get a chance to have a say, so we can move forward together."

Some submitters opposed ratepayers footing the $650,000 bill, saying it should be the responsibility of the landowners and Craggy Range.

The council said last year it would pay the cost to acknowledge the mistakes it made in allowing a consent for the track's construction to be issued without consulting iwi or the public.

"This council is incurring an obscene financial burden on us, and all because the resource consent process was not followed properly in the first instance," one submitter said.

The track, up the eastern slope of the peak, has been closed to the public following remediation work to the top part due to safety concerns.

Local iwi were outraged when the track was built without them being told, and an independent review later found the council should have publicly notified the resource consent.

Iwi have regarded Te Mata Peak as a sacred mountain for 1000 years and there were pā sites around the mountain, said a cultural report by iwi organisation Te Taiwhenua o Heretaunga.