A portion of dangerous track created by Craggy Range winery up Te Mata Peak last year will be urgently removed after an independent report found it could kill someone.

The controversial walking track up the Eastern side of Te Mata Peak. Photo: RNZ / Anusha Bradley

The zig-zagging track is officially closed but people continue to use it, ignoring the warning and trespassing signs.

The Hastings District Council has agreed to remove the top 500 metres of it because of fears it could result in loss of life or injury, due to a collapsing retaining wall, slips and falling rocks.

The independent report was commissioned by the council and carried out by civil engineering firm Frame Group Limited.

Craggy Range Winery promised in December to remove the walking and cycling track cut into the eastern face of the mountain after protests by Ngāti Kahungunu. 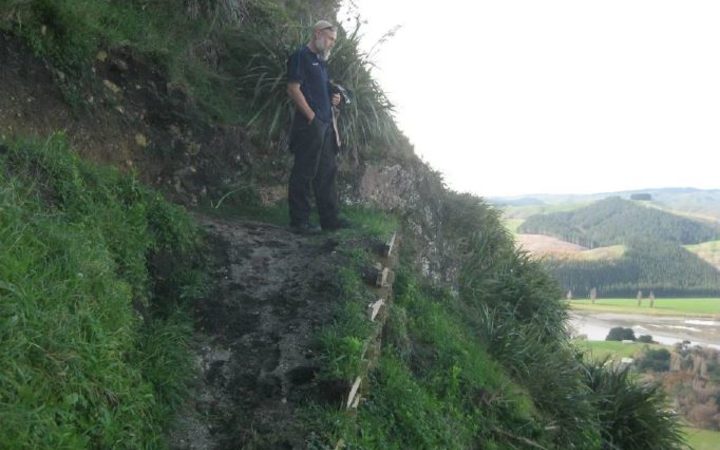 Retaining walls were found to be near collapse. Photo: Hastings District Council

The land which the track is carved on is believed to be of huge ancestral and historical importance.

The iwi was so outraged to find the zig-zag track on Te Mata Peak that one iwi member wanted to summon a curse on the landowners.

"It was like a stab in the heart really, what the hell, I mean I couldn't believe it ... unbelievable.

"This might sound over the top but it's like putting a walking track on Ayers Rock [Uluru], or bulldozing a track on the top of Mount Everest. That's what it means to us."

Craggy Range Winery chief executive Michael Wilding said at the time that he was disappointed to hear the grievances of the iwi and never intended to offend anyone.