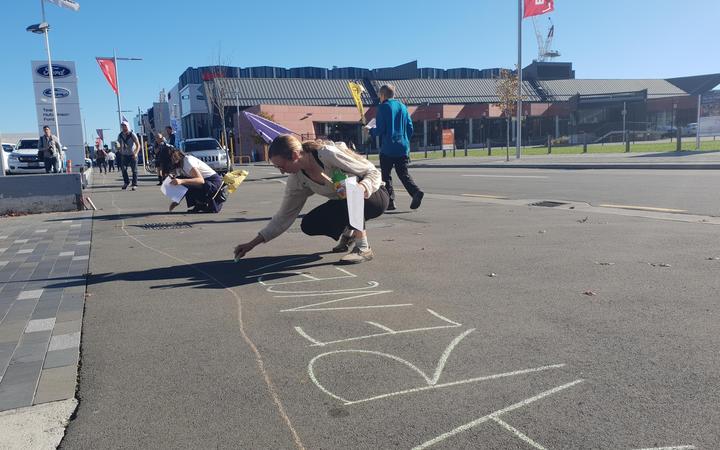 Two dozen members of the group gathered to draw a symbolic 1km mural connecting the city council and regional council offices this afternoon, before the regional council vote on the matter next Thursday.

The city council's environmental committee will also be discussing it the following Monday 20 May.

Regional Councillor Lan Pham said if a climate emergency was declared, it would likely only be a symbolic action.

"But what we know from symbolic actions across the world and even here, is that the groundswell of people here and what they're asking politicians to do it actually makes a difference," she said.

"It puts the pressure on higher levels of government to actually act."

She did not want to speculate on the likelihood of the vote being passed, but "happily" received a list of names from the group of about 450 other cities and local government bodies that had already declared a climate emergency.

Those names also featured in the mural, which took about an hour to complete. 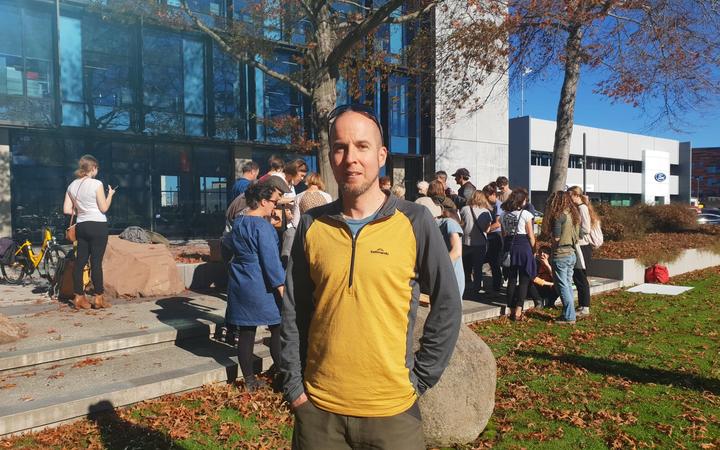 "And then we do want them to step up and take action and build into their actions, policies and day-to-day operations, bringing about a low-carbon solution, an environmentally friendly and eco-friendly solution, so that we can continue on this planet.

"At the moment we're in a heck of a mess. We're in the midst of the sixth mass extinction, and that's caused by humans. We've lost 60 percent of biodiversity and we need to act now."

Another member, Julie Thompson, said she hoped the regional council would "step up" to the challenge.

"The win that we're looking for on Thursday would be a small step...there's a lot of work to do, but it's starting to happen," Ms Thompson said.

Extinction Rebellion operates globally, and is known for having caused widespread disruption in the UK.

About 3000 people across New Zealand have joined since late last year, across 11 centres.

They are calling on the government to take "World War II-scale climate mobilisation" for zero emissions by 2025.