A third lump payment - about $4 million - will go out to victims of the Christchurch terror attacks next week, more than doubling the amount distributed so far, Victim Support has announced.

Christchurch's Al Noor mosque on Deans Ave, where many of the victims of the attacks died. Photo: RNZ / Alex Perrottet

The group has raised more than $10m from the public since the terror attacks on 15 March which left 51 people dead, and also has control over about $3m raised by seven other groups.

However, it had distributed only about $3m so far and donors, victims and community volunteers have been pressuring the group to hand out the remainder.

RNZ has been told of families too traumatised to go back to work, who are struggling to pay the bills and buy food. Other families lost their main breadwinner and have been unable to keep up mortgage payments.

Christchurch City Mission has also been approached by some families in financial strife.

Victim Support announced today it would be making another lump payment in the coming week, bringing the total amount of donations distributed to families to about $7m. 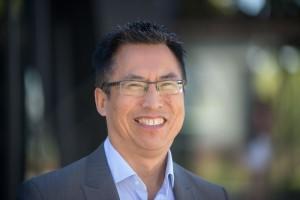 It said another payment would be made in June once all donations had been received and a final total was known, and $1m would be held back in case of new victims coming forward or victims facing emergency expenses.

Victim Support chief executive Kevin Tso insisted the money was being distributed as fast as possible, but said it was a complex process.

"These are extremely complex, unprecedented circumstances, and we have been committing all of our energy and resources to support those affected by the attacks and finalising a plan for funding distribution," he said.

"Today, I am seeking to dispel any uncertainty or angst around the funds raised through our appeal."

Mr Tso said Victim Support had done a good job of getting the money to people and sharing information with victims and their families.

"We've been very transparent with the victims and I would only urge those victims who believe they may be not receiving the help they need, whether it be money or otherwise, to come forward and speak with us. And then we'll be able to actually identify what their needs are."

The delay in payments had been due to a hold up in getting a list of those injured in the attacks from the police, he said.

Victim Support said it was working with Spark to close the Givealittle page on 30 May.