Residents of Makarau north of Auckland say there's even more gunfire rings through their tranquil valley now than when the Auckland Shooting Club was ordered to shut down a month ago. 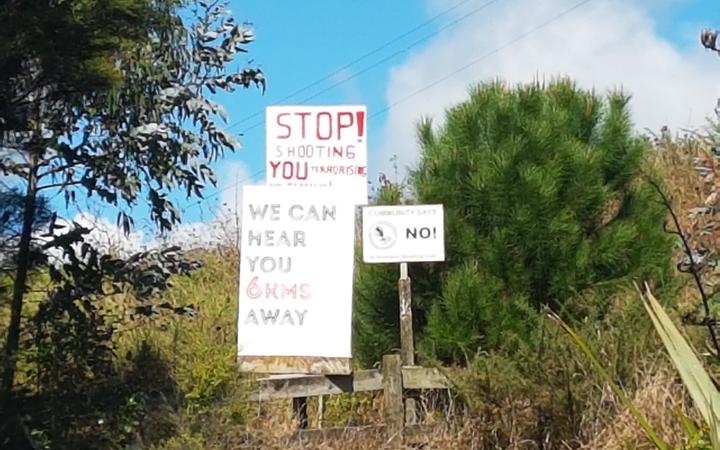 One local has been trying to sell his house for nine months but can't find a buyer because of the club, and the real estate agent was shocked and appalled by members' behaviour at the weekend.

This is despite a Court of Appeal ruling last month that the club must shut down.

The man, who doesn't want to be named because of the intimidation he said he had endured, said last weekend was particularly bad.

"Friday, Saturday and Sunday there was just multiple cars, increasing over the weekend and getting up to about 30 cars we reckon on Sunday.

"And that afternoon they just decided to really turn up some heavy rock music at the same time, as well as all the gun shooting and hooting their horns as they were driving down the entrance. So it's actually worse now than when they were actually allowed to operate." 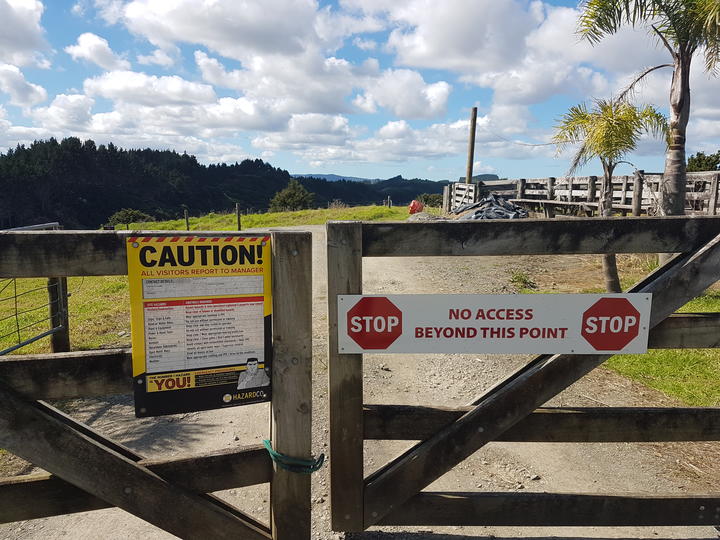 According to Auckland Council, some recreational shooting is permitted at the property but only if it falls under the definition of "informal recreation".

Organised sport and recreation isn't allowed without a resource consent.

The resident believed the property owner appeared to be exploiting this loophole lock, stock and barrel.

"The only knowledge we're aware of is that they can say it's now private land and private use and that he's inviting friends. But I'd be very surprised if he knew 30 gun shooters that are outside of your country club membership."

The resident is trying to sell his house - in part, at least - because of the gun club's antics, but it's proving impossible.

"As soon as the enforcement was there that the gun club cannot operate we started seeing more foot traffic come through the door," he said.

"People actually said 'We've been monitoring your house but we don't want to live on a road with a gun club so have not bothered viewing it until we heard this news'."

The real estate agent, Rik Davies, couldn't believe what he witnessed when he turned up to host an open home in the tranquil valley on Sunday.

"All of a sudden the music started absolutely blaring out. The music was almost as loud as the shooting, in fact it was louder," he said.

"It was AC/DC-type music, it was unbelievably loud. They're taking the piss out of these poor people on that street."

One of the songs was the 80s rock anthem We're Not Gonna Take it, by Twisted Sister.

Mr Davies said it's a very nice area of mostly lifestyle blocks but the club's foreboding presence meant selling property there was hard.

"I can't sell it. I can't I mean, people are obviously very reluctant to even come and see the place.

"One minute you hear the gun club's closed then you hear it's open again. All these people in their Remuera tractors going up and down that road so the road is deteriorating. It's not very pleasant. Yeah, I just feel sorry for them."

Mr Davies said a council staff member was there on Sunday, and would have also witnessed the day's events.

The council said in a statement several complaints about the property had been received recently, including the firing of pistols. An investigation into whether the activity breached the Auckland Unitary Plan was underway.

Meanwhile, police said they were reviewing the decision to grant the club approval to use pistols on the range.

Shooting club owner Raymond O'Brien did not respond to RNZ's requests for comment.