The coroner has ruled that the death of a man who set himself on fire in the grounds of Parliament and subsequently died in hospital was a suicide. 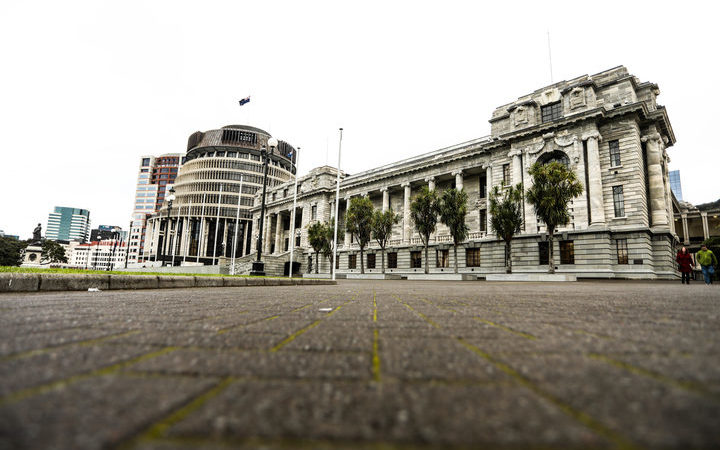 Zdenek Hanzlik died after setting himself on fire on Parliament grounds in 2017. Photo: Daniela Maoate-Cox

On 21 September 2017, Zdenek Hanzlik, who was 60, was seen around Wellington and in the grounds of Parliament holding placards protesting what he saw as injustices in the Family Court system.

That afternoon people sitting at a nearby pub saw him pour liquid all over himself, including his head, before erupting into flames.

Several members of the public ran to help Mr Hanzlik and emergency services were quickly at the scene, but despite extensive treatment in hospital he died the next day.

Mr Hanzlik was originally from the Czech Republic and a friend described him as being a "very intelligent man who read a lot".

That person told the coroner that Mr Hanzlik was "a very political man who thought all governments were corrupt and not to be trusted".

He believed the deceased had trouble submitting to authority, seemed to struggle to show respect to those in authority and "had difficulty adapting to New Zealand culture".

In findings released today, coroner Peter Ryan said Mr Hanzlik referred to having been "murdered" by the justice system.

He said there were several factors which showed Mr Hanzlik's actions amounted to suicide.

"The preparations made, and the effort required, indicate that this was an intentional and deliberate act on his part.

"Mr Hanzlik was of an age, and had sufficient life experience to know that his actions would likely result in death."

The coroner said Mr Hanzlik gave no indication of his intention to anyone, meaning there was no opportunity for intervention which may have affected the outcome of his actions.