Police say they have no idea why a man set himself on fire in the grounds of Parliament this afternoon. 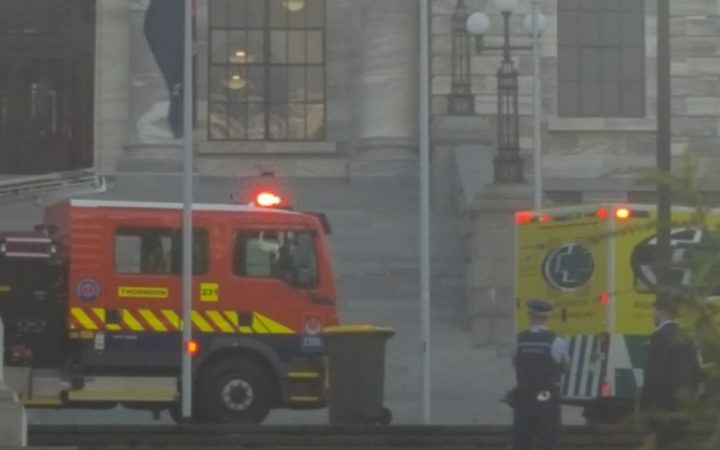 Fire and ambulance at Parliament grounds after the fire today. Photo: RNZ

Ambulances, the fire service and police were all called shortly before 4pm when a man was seen burning near the Richard Seddon statue in front of parliament.

He is believed to have set himself on fire.

Wellington police said the man was in a critical condition in hospital after being treated in parliament grounds by paramedics.

Senior Sergeant Glen Turner, the officer in charge of the scene, said police would review footage from parliamentary security, but would also like to hear from anyone who may have filmed the scene on their phone.

"Anyone else, eyewitnesses or anyone else who has used their cellphones in witnessing this, [and] any security footage would be part of our enquiries." 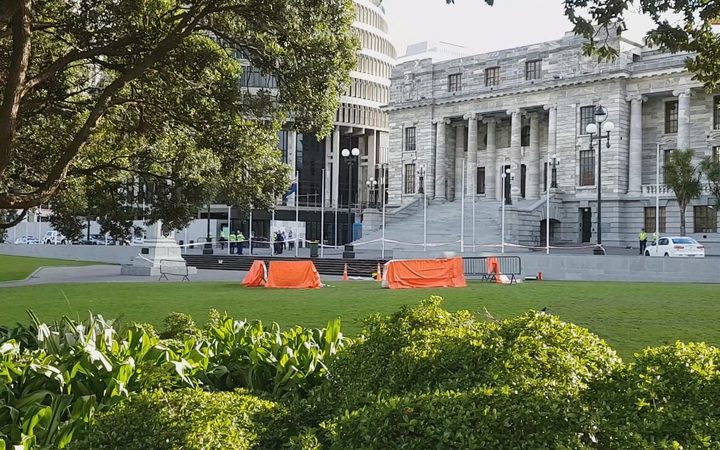 The scene where the man set himself on fire outside Parliament. Photo: RNZ

Mr Turner said they had not identified the man or did not know if he acted as part of a protest.

"Look, it's too early to say what exactly he was doing, but that's part of our enquiry and also to establish who he was and his movements before arriving here."

He said the area where the incident occurred will remain cordoned off while detectives conduct a scene examination.

An eyewitness told RNZ he saw billows of black smoke just before 4pm and smelled something burning at the scene near the Richard Seddon statute on the lawn of Parliament.

Staff from the Backbencher pub across the road from Parliament began rushing over with buckets of water and extinguished the flames covering the man.

"When the smoke cleared, there was a guy lying on the ground. It looked like he had been burned," the witness said.

Mr Turner said it was too early to say whether the man used petrol or some other material to set himself on fire.

He said the immediate area around the incident scene will remain cordoned off for now, but Parliamentary staff and MPs will be able to access the buildings.