A Pakistani man who died trying to tackle the gunman during the Christchurch mosque attack has been honoured with Pakistan's highest civilian award for bravery. 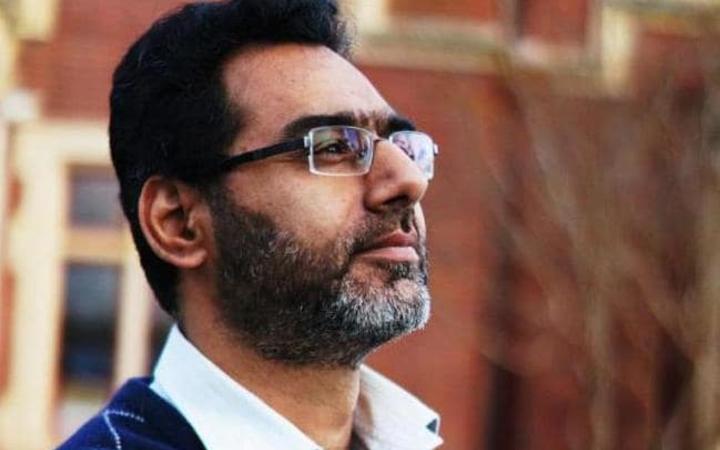 Naeem Rashid threw himself at the gunman, who had already shot his 21-year-old son, an act that saved lives at the Al Noor Mosque on Deans Ave.

He is just the fifth person to be honoured with the Nishan-e-Shujaat.

Mr Rashid was also the subject of a poignant mural in Christchurch remembering heroes and victims of the attack there last month where 51 people died in shootings at two mosques.

His wife Ambreen and 19-year-old son Abdullah received the honour on his behalf this weekend.

Abdullah Rashid told First Up his father was a person who always stood up for what was right, even when it was hard.

He said he was a very logical, enthusiastic and energetic person who was teaching himself computer programming.

He had the same analytical approach towards his faith in Islam as well.

"He wasn't just believing because it was true, he was believing it because .... logically it was right. He is a person who spreads understanding."

Abdullah Rashid said his father would have been proud and happy that society was acknowledging a brave, selfless act that was for the greater good.

"He'd be quite proud that he was able to do it ... he would want to spread understanding and peace on a wider scale so this [the terror attack] doesn't happen in the first place."