Toxicologists are urging the government not to make special provisions for medicinal cannabis products and argue it should meet the same stringent standards as other medicines.

In a discussion paper published in the New Zealand Medical Journal, it urged for more caution to be taken, following the government recently passing a bill increasing access to medicinal cannabis.

The government now needs to determine the regulations for a Medicinal Cannabis Scheme.

"We believe that part of this difference lies in the lack of clear public understanding of the term 'medicinal cannabis', and a relatively greater awareness by health professions of what generally constitutes a medicine," it said. 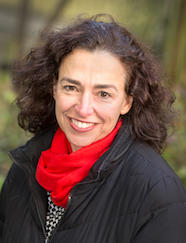 One of the paper's authors, head of Pharmacology and Toxicology at Otago University, Professor Michelle Glass said cannabis can't be considered a medicine as it's actually a product with multiple ingredients.

"A medicine is something that has been produced to a certain standard, so you know exactly what's in it. You know how stable that compound is, how it should be stored. You know if it works and you have information about who should be avoiding it and what other medicines it interacts with," she said.

Professor Glass said it's dangerous to be coming up with a new regulatory system for cannabis, when there are already definitions and regulations for medicines in place.

"You're really saying we'll make an exemption in this case, but we'll ask doctors to prescribe it, even though it doesn't meet the criteria and I think that's a really risky place to be," she said.

In addition, she argued the term "medicinal cannabis" shouldn't be used, as people don't even know how to define it.

"That term is used to cover such a wide range of things, from a raw plant material, right up to a ready made prescription product."

She said there are also pharmaceutical grade medicines here or coming with Medsafe and United States Federal Drug Administration approval, so really New Zealand does not need to rush through new regulations - with the exception of regulations for a local market.

"I think we could make that change and allow an industry to develop here if they wanted to, but I don't think we should change the standard required for the actual product being prescribed to the patient," she said.