An East Coast cannabis company has been given the go ahead to grow strains of the plant with high levels of cannabinoids. 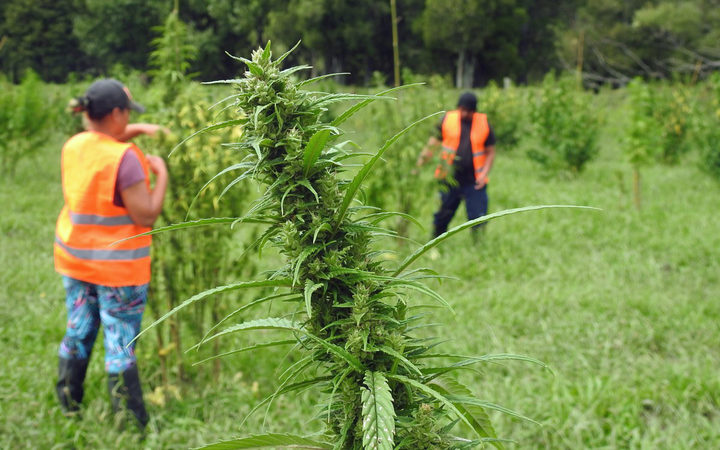 Hikurangi Enterprises wants to be front and centre in the medicinal cannabis industry. Photo: Supplied

Hikurangi Cannabis was one of the first in the country to get a license for medicinal cannabis cultivation last year.

Now, its managing director Manu Caddie said Ministry of Health officials had extended its license to allow for it to import stronger varieties.

He said they were the first in the country to get the green light to grow strains with high levels of THC, the main psychoactive compound found in cannabis.

He said this was more efficient for producers and allowed plant scientists to diversify genetics.

"We are very pleased to receive this expanded list of cultivars for our research and breeding efforts" Mr Caddie said.

He said until last month officials prevented the importing of high-THC cannabis seeds.

"With a bit of work between the Ministry of Health and the Ministry for Primary Industries they looked at it and acknowledged there was no real scientific basis, the diseases are the same whether it's a low-THC or high-THC strain. The important thing is that there's these phytosanitary certificates from their country of origin which proves that the plants have been grown in disease free environments," said Manu Caddie.

"We were able to provide them with evidence that we had suppliers that met those requirements and they've been able to amend the rules to enable countries in New Zealand to import these high CBD, high THC strains."

He said higher levels of the cannabinoid would make it more economical for growers.

"A plant with 2 percent CBD or 2 percent THC, if you can grow one with 4 percent then you only have to grow half as many plants to get the same level of cannabinoids from those plants so it's important to be able to grow these better varieties, the ones that have been optimised for cannabinoids that are the therapeutic parts of the plants and we'll be putting those seeds and those plants into our own breeding programmes to further optimise."

Manu Caddie said with the step up in THC levels, security controls over the plants were more strict.

"The Ministry and everybody is concerned about diversion and the plants going where they're not supposed to go so security and systems around the cultivation and the storage of those seeds, and the grown plants and the harvested material are all really important part of the application to be able to cultivate.

"High-THC strains will be grown indoors ...certainly the security for the high-THC plants is much higher for hemp where it doesn't really matter if you try to smoke it you can't get high off it."